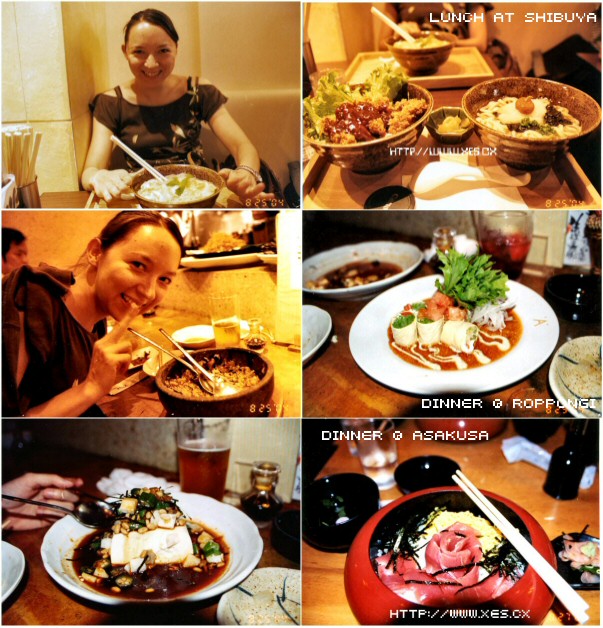 Lets see, I don’t remember when I met Hen, but we were in the same primary school.

In high school, we hung out a lot. Remember the days when we would take a taxi to 1 Utama just to meet some IRC chicks? haha those were the days!! Remember Yin Jia HEN??? HAHAHAH

So anyway, if I were to write about the things that we went through for this couple of years, I think it would be thicker than the encyclopedia. This short post is just to wish you 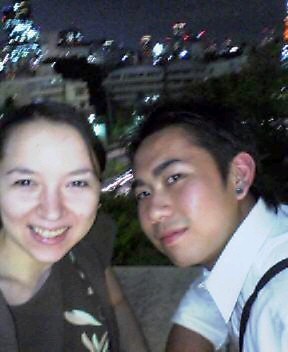 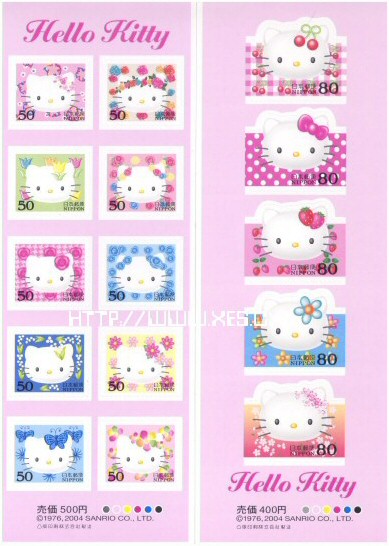 I was watching this movie while dosing off to sleep when this line suddenly hit me – this happens to me too!

For the past 10 years of my life, I have been dreaming of a particular person occasionally. However, the weird thing is I can never remember his exact face when I wake up. Somehow, I do know it’s him when I do dream of him. How bizarre is that?!?

These dreams are very real. I can even touch, feel and sense things. It’s almost like a reality. Except sometimes, the ‘story line’ can be quite ‘kua cheong’ (exaggerated); I can do flying kicks and other stunts I’ve never even come across in reality. It thus makes me wonder – do I actually know him? You know, like Drew Barrymore in this movie actually knows the man she dreams of every night but just can’t remember who he is because she suffers from the Goldfield syndromme – a permanent short-term memory loss. Although I have been awarded ‘The Blur Queen’ title, I certainly do not suffer from any brain damage, rest assured.

Because of these dreams too, I am beginning to realise why my relationships never work out. It is simply because he is just not the guy of my dreams.

And after all these years I thought I have commitment problems, sigh!!
*no, just joking!
hehe…

Battle of the bands 2004
I was hired as a photographer for this event. The organizers promised me a fee of RM100. My job was fairly simple. All I need to do was do the thing I like the most, which is taking photos. 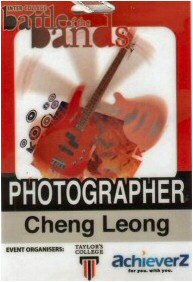 Since this is a rock concert like event, organized by Taylor’s College, none of my friends wanted to go. Thank god Sam accompanied me!

Sam and I were given a VIP tag each. We could access everywhere we wanted. Security was tight though, we were stopped many times for an ID check cause we didn’t display our tags.

Surprisingly, the event went really well. The bands were good and their performances were superb. I didn’t expect college students to perform that well.

Unfortunately, the event was packed with kids (even kids at the age of 14). I felt so bloody old. But it was good fun daring Sam to pick up one of the many small kids there. She didn’t dare.. tieww..

Some girls were screaming their lungs out, as if they were begging to join the band’s groupies. Another thing was, even though the event was not filled with alcohol or drugs, everyone seemed to be having a good time.

I couldn’t stay till the prize giving ceremony as I ran out of film and I had to rush for my movie at Mid Valley. While the rest of the crowd were screaming encore, Sam and I were screaming for… NO MORE!!

Well, we got to see the movie (13 going 30). Ping and Umeng were patiently waiting for us at the cinema. Oh yeah, we were an hour late. All we saw was Jennifer Garner’s protruding nipples.

Right after the movie, we decided to drop by Bar Code to say hi to some friends. It was supposed to be a 10 minutes thingie. However, it didn’t turn out the way it was expected to be. As we entered Bar Code, friends hushed us to their tables and started drowning us with alcohol.

Battle of the bands

Taylors College Battle Of The Bands 2004 }

This could be a big surprise to some of my friends as I’m not very fond of rock or alternative music. (TO KIM ROCK MUSIC SUCKS). However, one of the organizers hired me as a photographer. I’m getting paid..yay!!

Anyway, here are some photos taken from Bintulu market

not edible. its actually used as a brush.

Couple of month ago, I featured him @ http://www.xes.cx/MT/archives/2004/05/tokyo_damage_re.html. Then couple of weeks back, he had a contest which offered a free postcard from Japan! 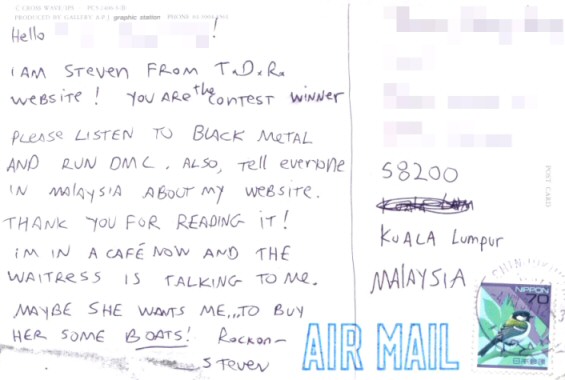 Oh yeah, here’s an interesting link I got from Lynnzter http://masamania.com/masha/index.htm. It’s a photo journal of the weird Japanese ways..

We had exotic Chinese food for dinner. Bats didnt taste good. They were too boney and dont have much meat. Wild boar and deer meat were fine.

Turtles tasted good though but they’re just too cute to be eaten. 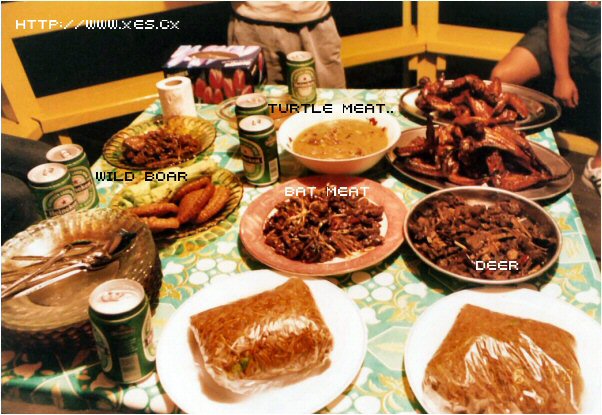 Yummmyyy…I guess that’s all the gross food pictures I have!