I met up with Dr Khoo and his wife Irene for dinner at Pulau Tikus market. Dr Khoo is born in Penang but now works as a Patent Attorney in Singapore. He recommended this place to me. 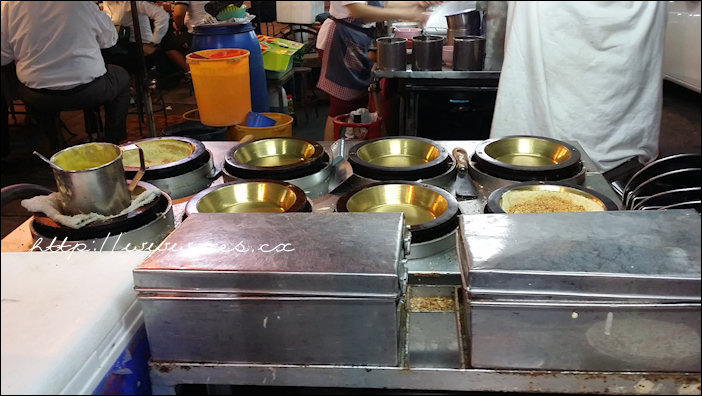 While waiting for them to arrive, I started my dinner with apom! It tasted okay. 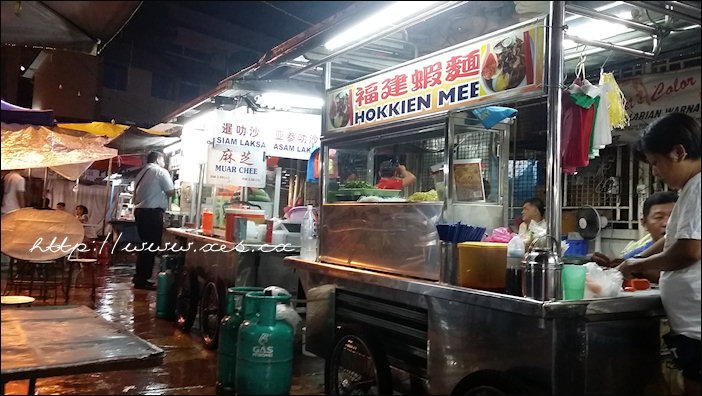 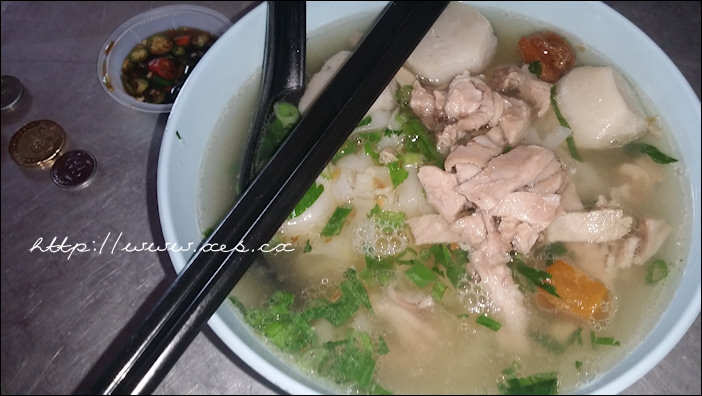 My first dish – duck kuay teow teng. We don’t have this in KL as far as I know. It’s rather bland though.

There are two shops selling the same thing but one says Established 1983. Guess which one I ordered from?

Finally get to eat Assam Laksa! 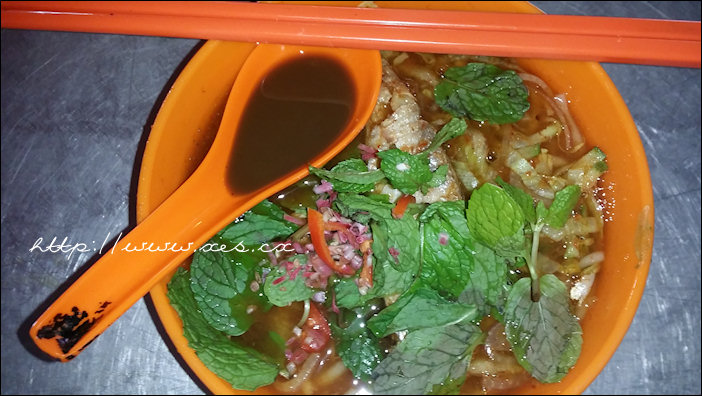 It was sweet and not spicy. 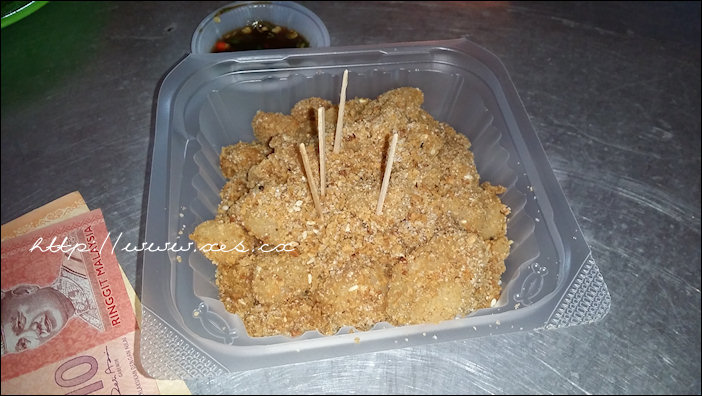 I must say this Muar Chi is damn awesome. It’s sold by the stall selling Assam Laksa. 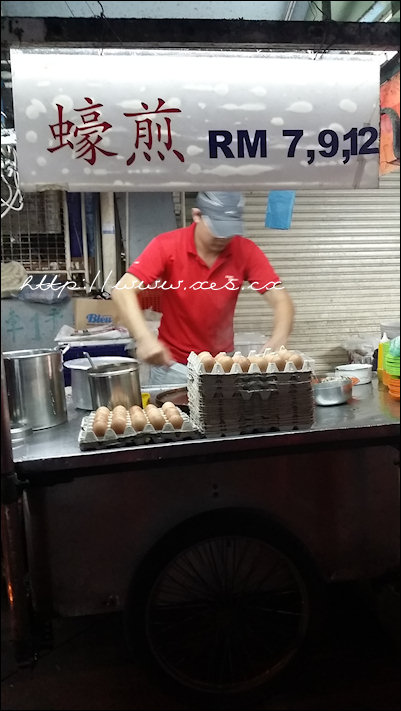 Oh chien (oyster with fried eggs) was good too.

After dinner, Dr Khoo suggested that we have cakes at ChinaHouse at Beach Street. 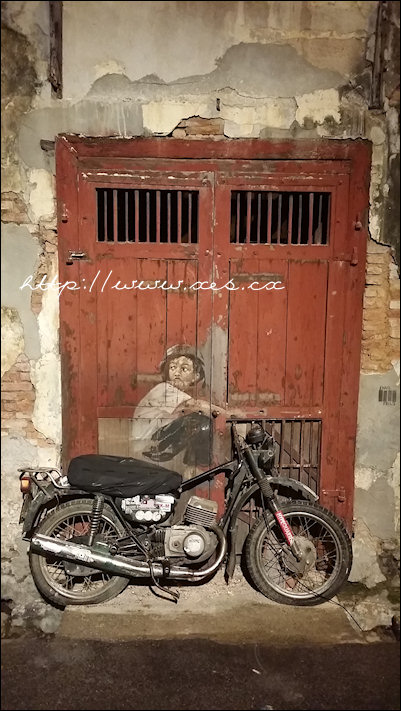 We parked at this famous mural by a Lithuanian artist. Very rarely you get to be alone with this mural. 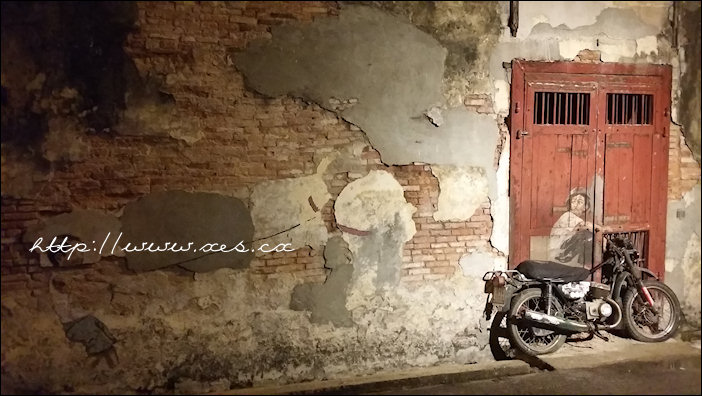 The kid with a kite mural has faded. 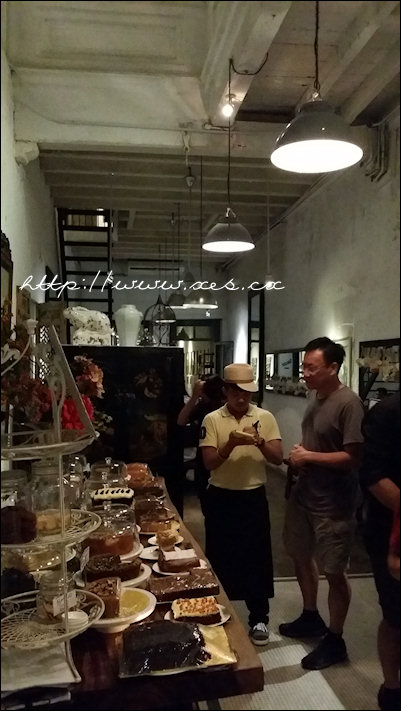 China House at Beach Street. It’s a very narrow shop but it’s connected with the shop directly behind it. 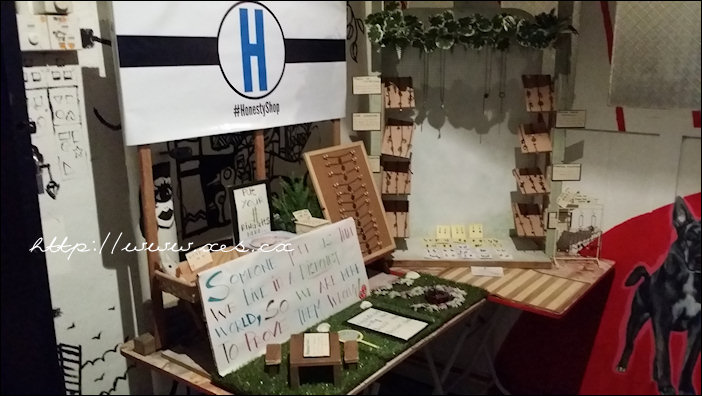 There’s a Honesty Shop near the courtyard. Nobody mans the place. Just take your product and leave your cash there. I wonder if it works.

In my area, there’s someone who gets his kid to steal newspaper on the news stand wtf. 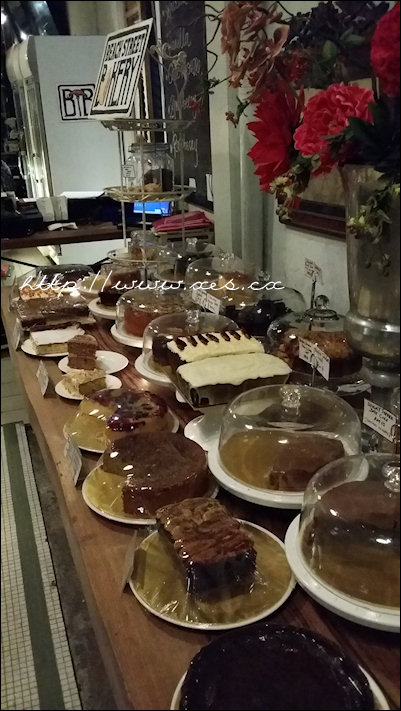 A huge variety of cakes here. 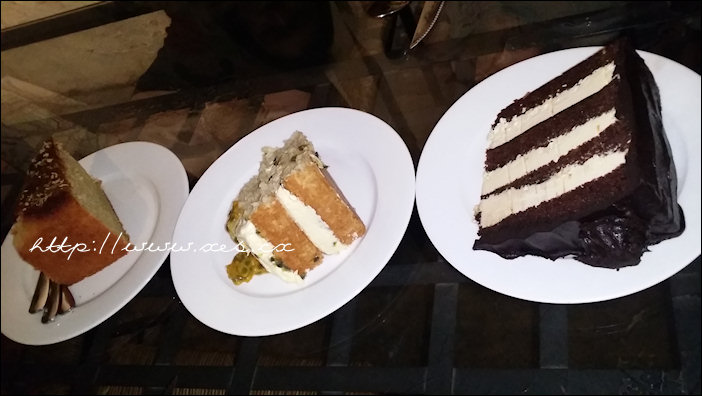 We ordered 3 cakes. I didn’t like them much cause they were a little bit dry / too much cream.

I ordered gula melaka milk shake. It was nice in the beginning but the sweetness became a little bit unbearable thereafter. I didn’t finish it. 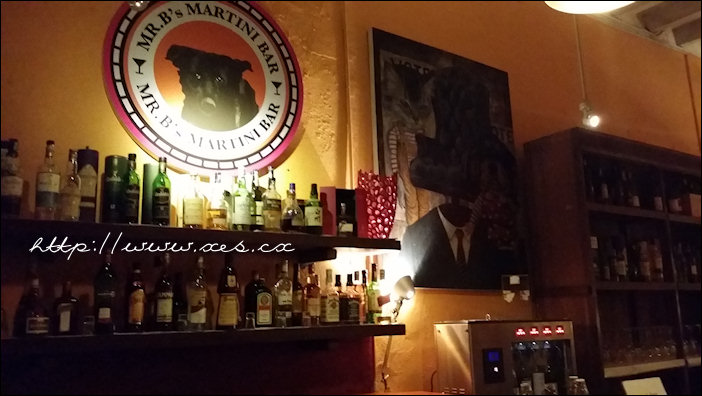 There’s a small bar adjoined to the cafe. 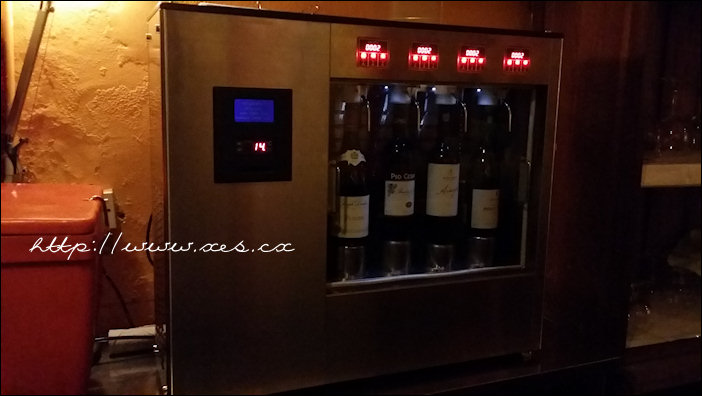 First time seeing this. You can test the wine using this machine. It will keep the wine thereafter so that it doesn’t turn bad- I think.

Gala Night
We celebrated the last night of the conference with a Gala dinner. I never remembered them to be enjoyable but this time round it was quite fun. It was held in Straits Quay. I drove there with some friends while the rest of the participants took the conference bus under the rain. Heh

I sat with my friends from Japan, Taiwan, Thailand, Macau, US and my ex colleagues. 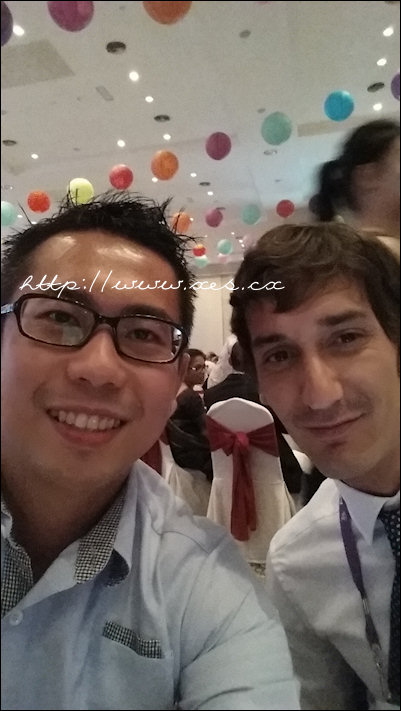 This is Manu from Spain. He does my trade mark work in Europe. I met him at San Francisco few years ago and he brought me around SF including the well known gay street, Castro Street. We blended in quiet well there.

Like many other guai lou, he can’t take spicy food. I planted some sambal on his food when he stepped out. His expression was priceless. 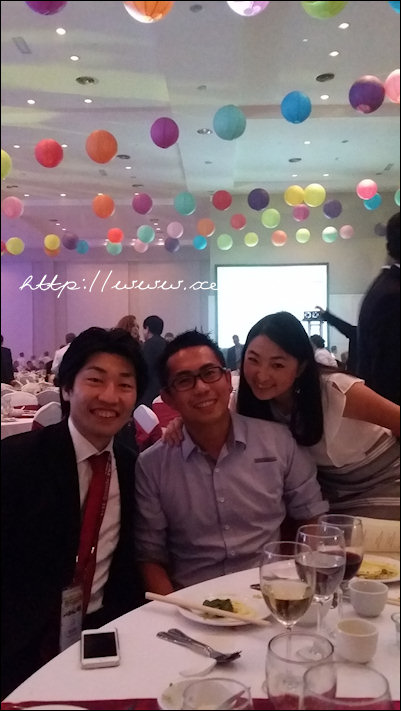 Takeshi from Japan and Caroline from Thailand. I met the both of them in Hong Kong back in 2009.

Takeshi is a patent attorney and he works in a firm belonging to his uncle. He said 1st year patent attorneys make USD5000 a month. In Malaysia, they make around RM3000. 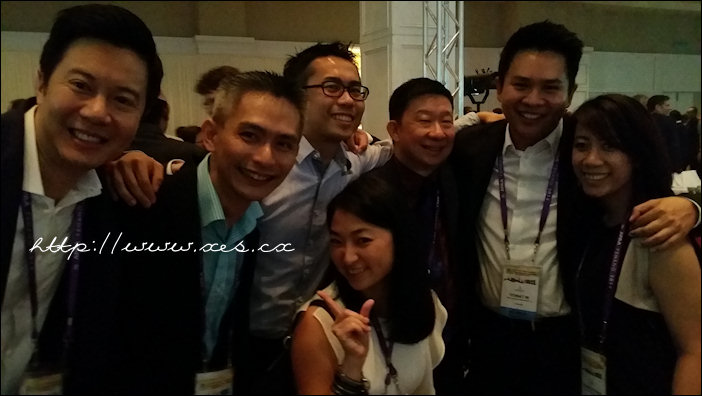 (L – R) On from US, Bahari my ex colleague, Caroline and Jonathan from Singapore.

After the Gala Night, we headed to the Hospitality Suite for drinks.

As I was about to head back, some of them wanted to go to Hard Rock for more drinks. Since it’s the last night, I followed them.

I was dead tired by then. 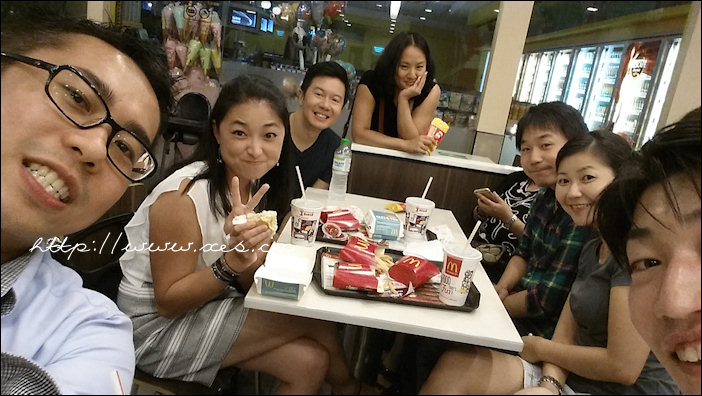 We ended the night at McDonalds. I fit all these people here in my car in one single journey. Heh.

Takeshi was supposed to sleep early to catch his early departure from the hotel at 5am. We managed to convince him to stay for McD. By the time we were done with supper, it was already 4am.

I’m glad that I found a group of friends to hang out with in APAA. The next time I see all of them will be next year in Okinawa, Japan!