This time round, the Amigos FC had couple of new faces, notably fellow blogger Zhong from http://chzehong.blogspot.com. It also marks one of the highest turn out for Amigos FC with 50% more than the opponent, nicknamed the VI Guys (by us). The VI Guys had no substitutes and had to rely on their 11 players against the beefed up Amigos FC. The Amigos FC looked like they had a sure-win game. 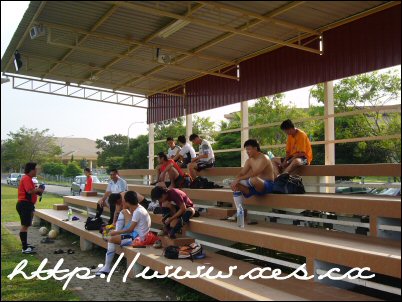 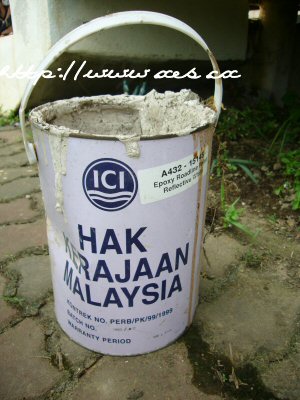 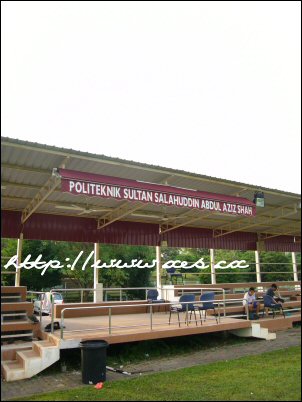 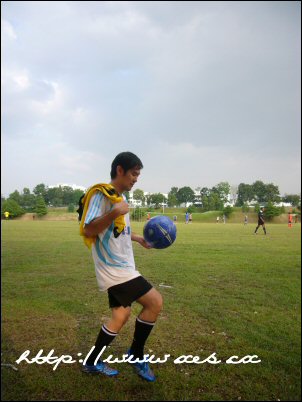 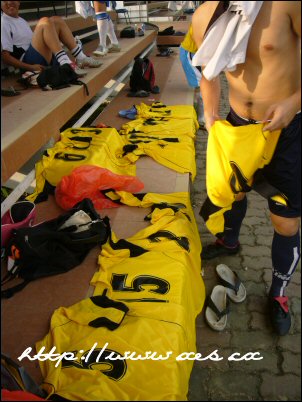 Jersey of the day.. 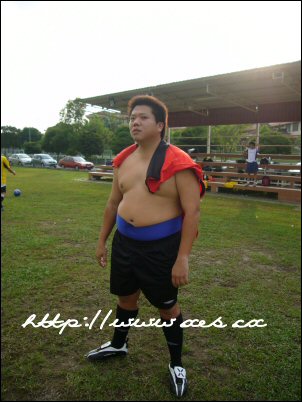 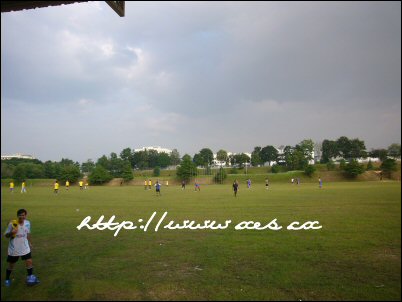 Unfortunately, the Amigos FC conceded the first goal during the late first half (three halves were played). In the second half, Amigos FC’s failed to take advantage of their new substitutes and was punished with another goal by the VI Guys. 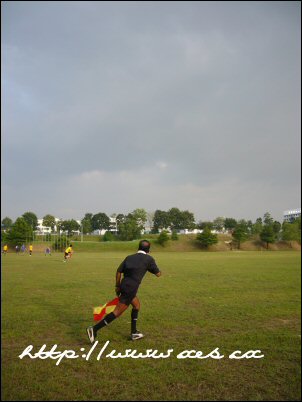 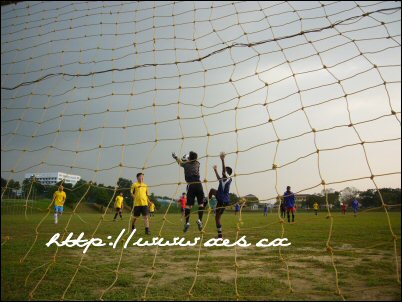 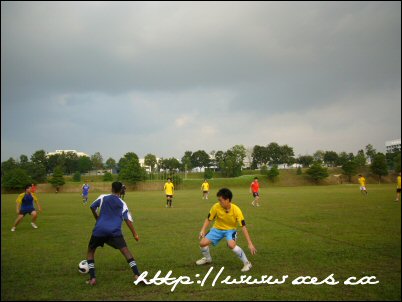 This game was marred with loads of injuries. Firstly, Amigos FC defender, Thiam knocked off an attack by VI Guys’ striker by ramming into him. The striker fell on the ground and dislocated his shoulder. As a result, he was out of the game. By knocking out the striker, 2 other players from the VI Guys had to accompany the injured striker to the hospital for a check up. VI Guys’ team suddenly reduced to 8 men! We had to loan 3 players to them.

As a result of the loan, new comer, Zhong joined the opposing side as their striker. During the third half, he managed the beat the offside trap and ran towards the goal. According to him on his blog,

Halfway into the 3rd quater, one of our guys crossed a long ball from the left and I beat the offside trap and chased the ball towards the goal. The ball bounced a bit so I had to stretch out pretty far to try to volley the ball over the goal keeper. What I didn’t notice was, the keeper was already right next to me. By the way, the keeper was at least twice my size.
The first thing in my mind was to protect myself, and I seriously thought that I would die. Or at least seriously injured after the collision.
I got up with just a soar shoulder and the keeper, I think his name is Henry, was still lying on the ground. He was struggling to get up as he roll around and he got on his knees, then his nose started bleeding.
In the end he managed to walked out to the stands and we resume the game. The game ended 2 – 0 as I scored the second goal for the unknown team.
After the game, Henry started puking water and he was really in pain. They sent him to hospital straight away.

Our keeper and also team manager, Henry had to be admitted to the ICU and thereafter warded for 2 days. He is now out from hospital and well.