This was the highlight of my trip. I finally get to see the Great Wall of China.

We visited the Mutianyu wall. Our friends in KL highly recommend this wall instead of Badaling wall as the latter is extremely crowded.

I’m glad that we chose Mutianyu wall because it was not crowded. In fact, there were hardly anyone! 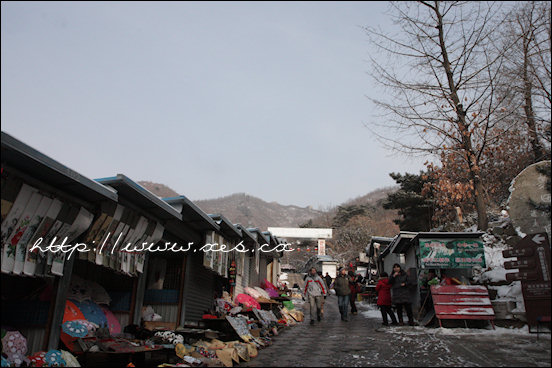 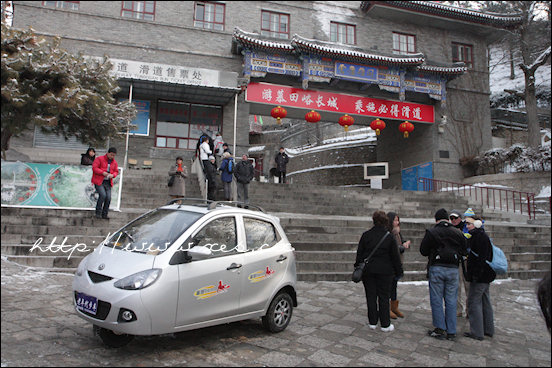 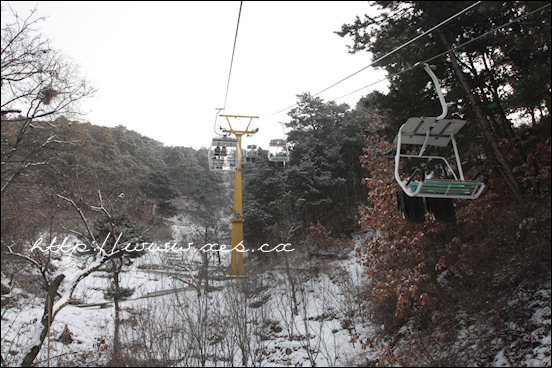 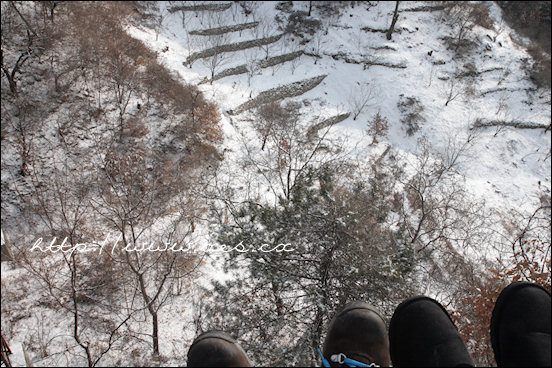 We took a cable car up the wall. Feet was dangling midair. Quite scary.

We explored the restored area (many parts of the Great Wall are in a dilapidated state due to lack of maintenance). We also got to explore some of the dilapidated areas. Some of the walls and buildings have collapsed with trees growing on it. Years of neglect had left them in this state. Villagers have also plundered parts of the wall to build homes.

Nevertheless, the view was magnificent! The sky was clear and the walls were covered with snow. 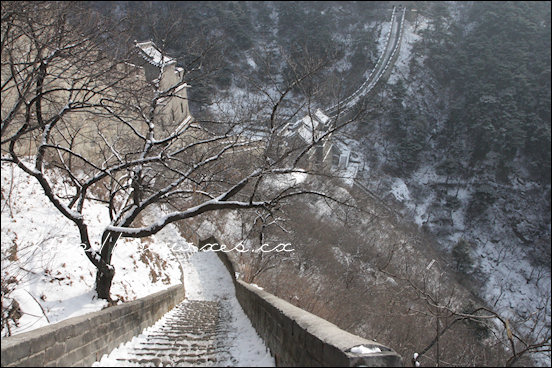 We came at the right time. Snow was everywhere and we got to experience winter at its finest. 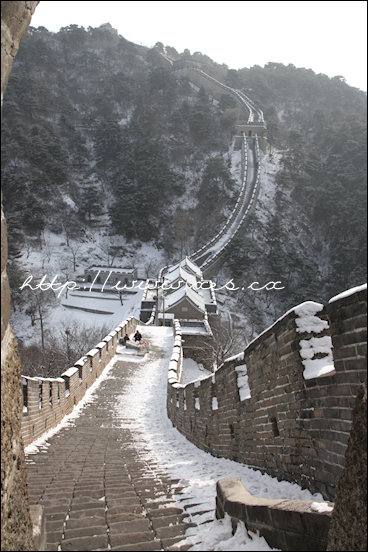 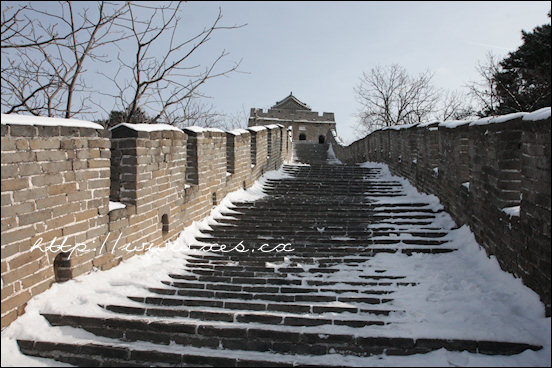 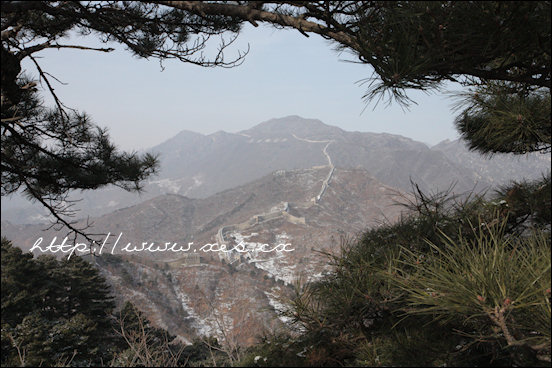 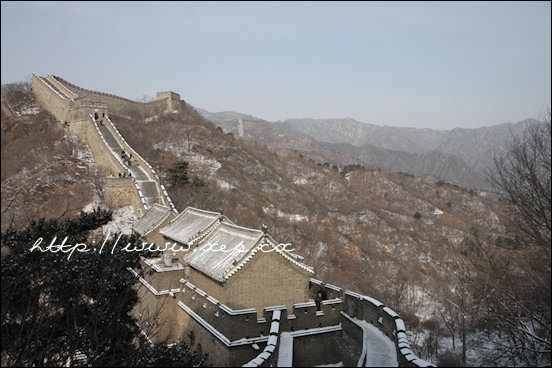 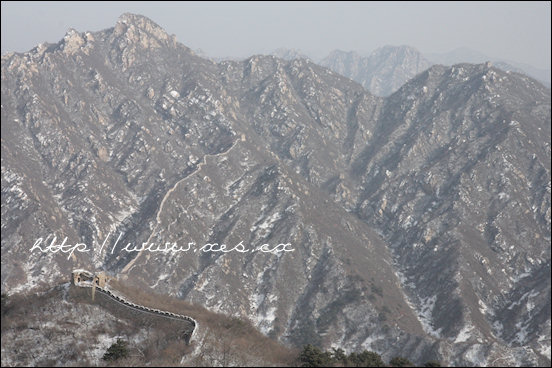 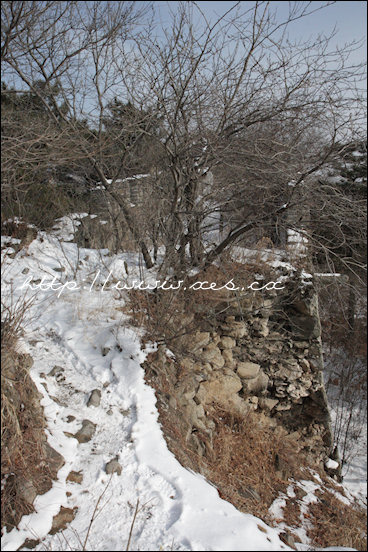 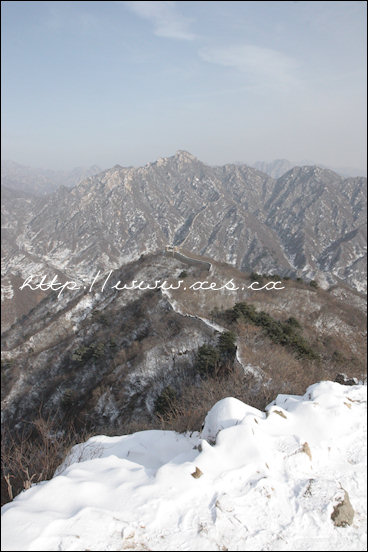 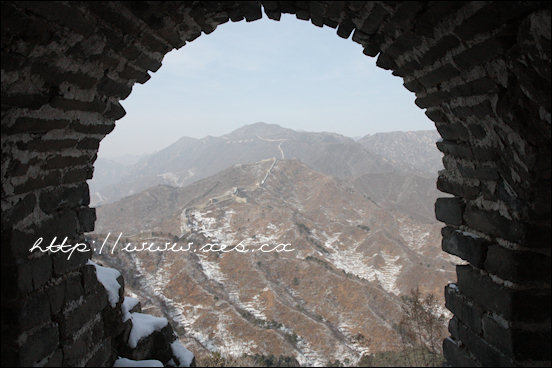 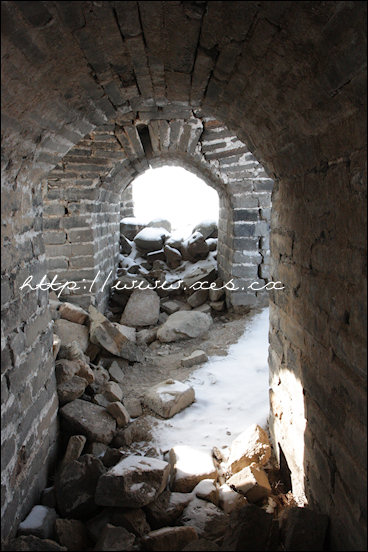 No naked flames – Your flames are allowed to wear clothing 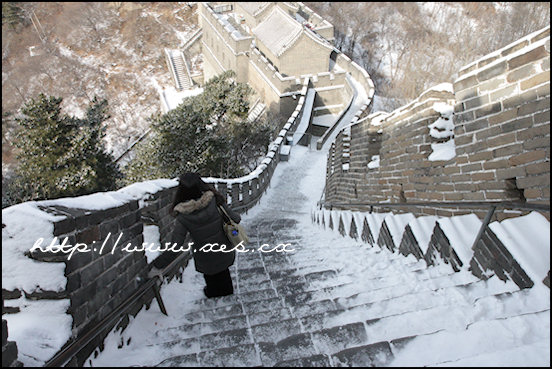 Last thing I want is to tumble down these slipper stairs 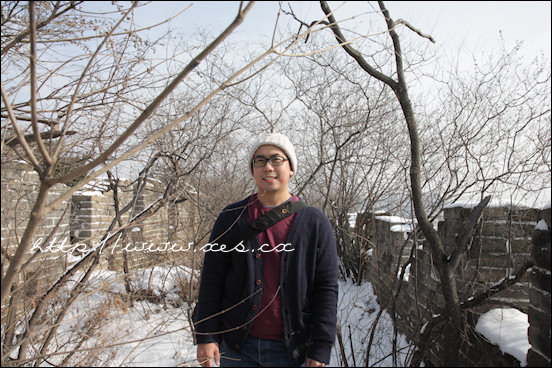 My ears were about to fall off thus the beanie.

Wish we had more time to explore the place. If I have time, I would love to do a Great Wall tour where I will hike from the beginning of the wall towards the other end of the wall!

Ming Tombs Museum was next. There are 13 tombs but only a few are open to the public. I was told that many of these tombs were not explored due to the fear to contamination.

We visited Emperor Zhu Yi Jun and his two empresses tombs. It’s buried deep underground. Frankly, there are nothing much to see. 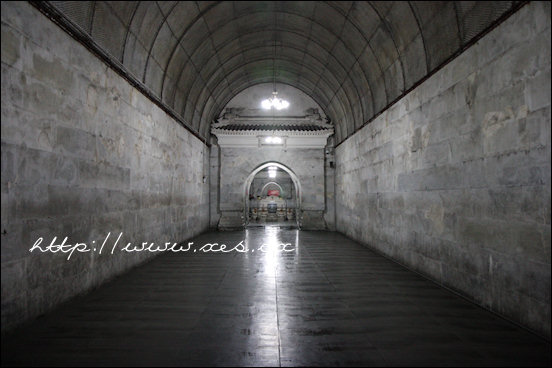 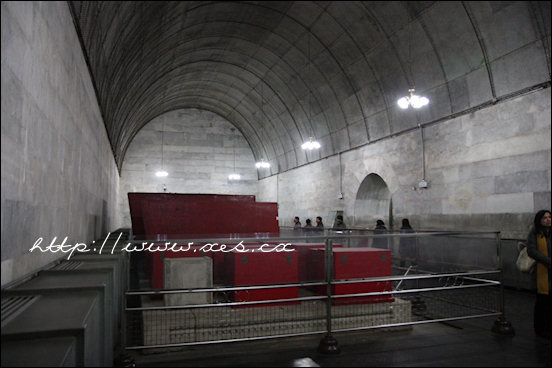 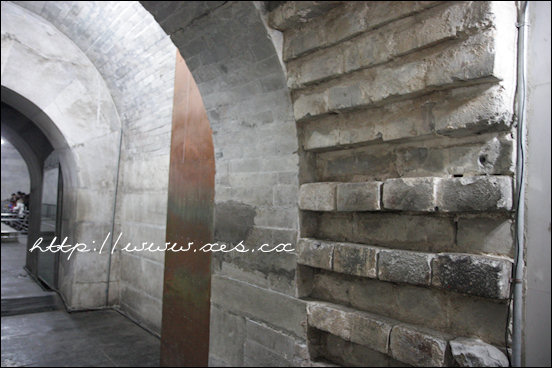 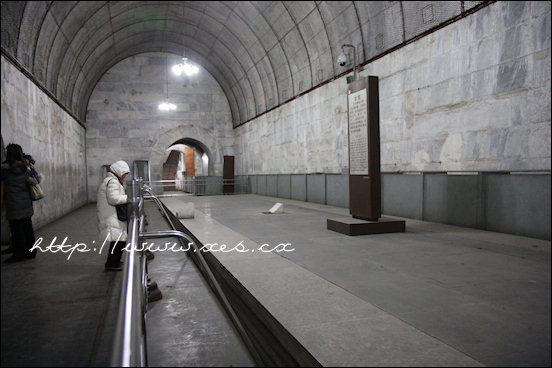 While at Emperor Zhu Yi’s tomb:-

Me: This place looks like a subway station
Wife: Shh! Respect the dead!
Me: It smells like a gym!
Wife: SSH!!!

I later realised that the smell was due to the rubber floor. The interior of the tomb is nothing to shout about. However, I was in awe with Chinese ancient architecture. They managed to build something so deep underneath without any modern machinery and tools.

But I wouldn’t go again if I had the choice.