CNY 2014 went well. We were in the Klang Valley most of the time except for one day where we had to travel to Mentakab to meet some of my wife’s relatives. I spent most of my time eating or playing with Finley, my cousin in law’s son. 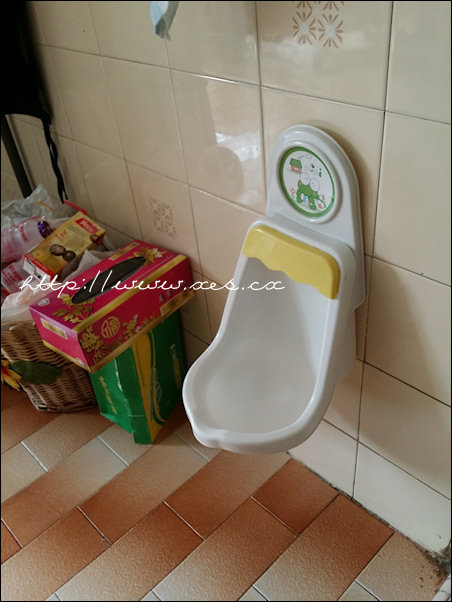 The only thing that marred our CNY celebration was when my sister in law’s bag got snatched at Damansara Uptown while we were having lunch. She had unfortunately left it behind her seat. A young man in helmet grabbed her bag and ran toward a motorcycle driven by an accomplice. By the time I got out from the restaurant, they were already far away. She was supposed to go to Medan for holiday in the evening but her passport was in her bag! She also lost a quite a lot of money, a Samsung Note 3 and an expensive hand bag. We spent our afternoon in the police station (which was just a street away from the restaurant!). The bastards got away. 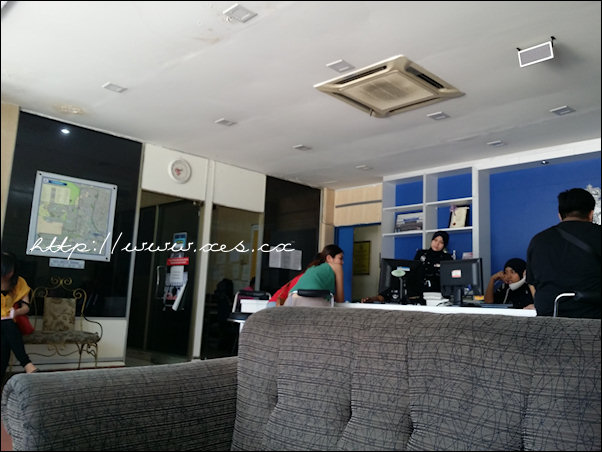 Our reunion dinner was at one of the Chinese restaurants at Seri Petaling. It was just my dad, my wife and myself. Mum decided to boycott the place cause she didn’t want to eat there. wtf. Fortunately, she didn’t kick a fuss when we had dinner at Chili Padi on the second day of CNY.

On this rare occasion, Aussie boys Umeng, sLoonG and Jin Han were back this Chinese New Year. It’s been a while since the three of them were in the same country at the same time. 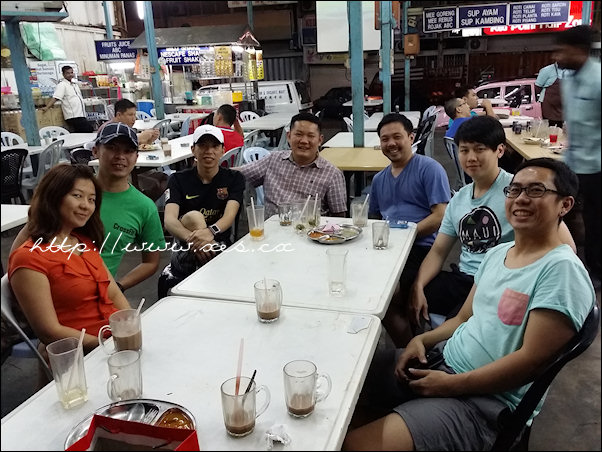 Umeng on his first night in KL. 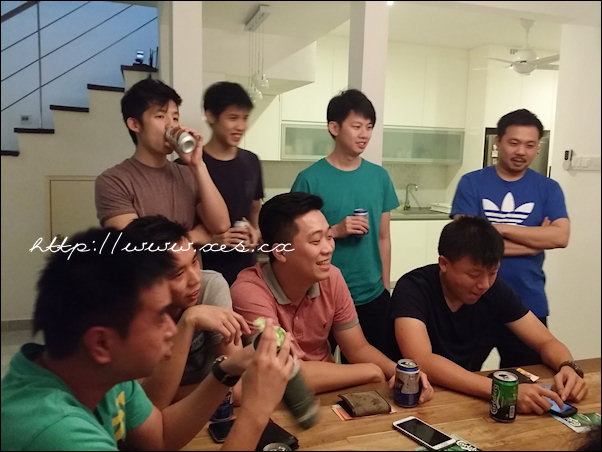 We spent quite a bit of time “playing cards” and attending open houses. My luck was almost the same last year. I won most of my Blackjack games against the banker. However, I lost all my dosh when I became the banker!

Speaking about open house, we had one at our home on the 4th day of Chinese New Year. We bought curry puffs, Nyonya cakes and mee siam for everyone. It lasted from 1pm to 1:30AM. I was so exhausted by then. Different groups of people come at different times! 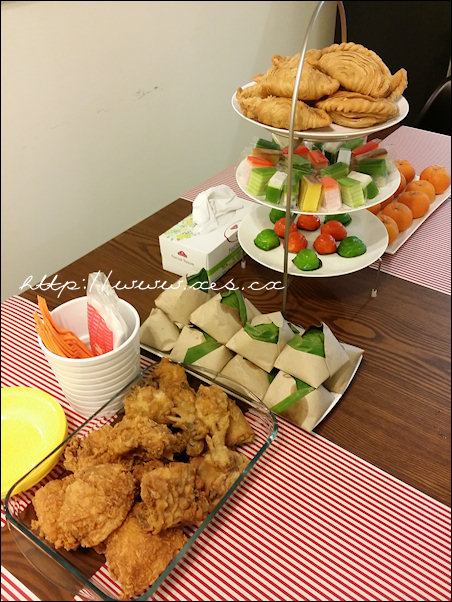 I am glad that I made it to En Peng’s Pai Tin Kong session at his house on the 8th day of Chinese New Year. I’ve been attending it since high school and I thought I shouldn’t miss it at all. Attendance this year was sightly better with WK, Kiang, Mandy, Ping, Yoke Chin and myself. We folded some offerings while waiting for En Peng to serve the roasted pork. [Edit: Unfortunately, this is my last picture of En Peng’s father. He passed away on 28 February 2014 after a heart attack. May his soul rest in peace] 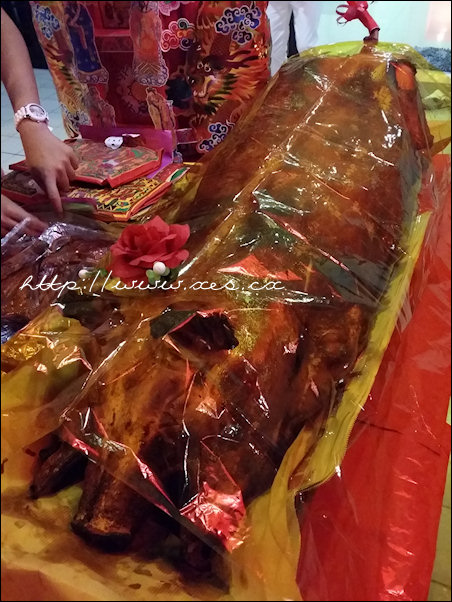 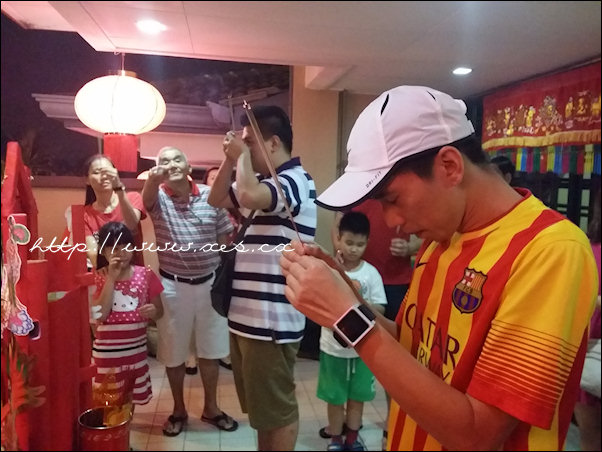 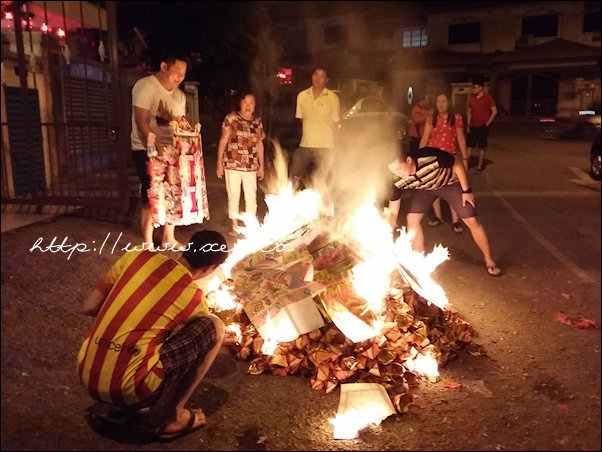 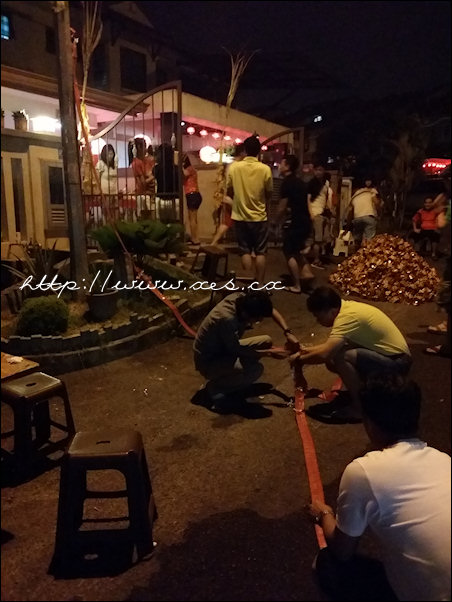 It’s our turn to organise CNY dinner with my sisters and their family. We had steamboat again. 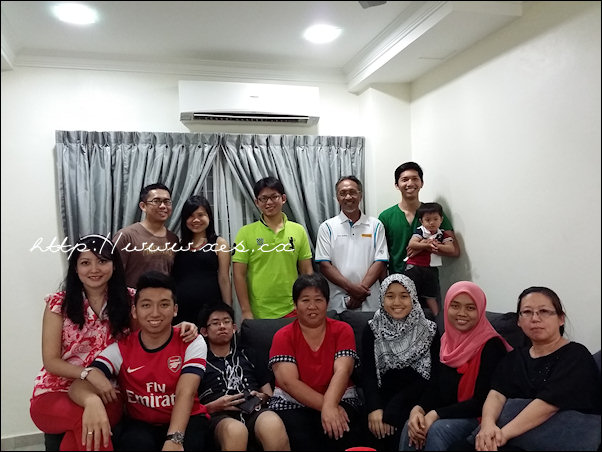 Group picture taken with my camera phone. I broke my dSLR after I fell off the tripod! ARGH

It was a rather happening Chinese New Year. The year of the Horse will certainly bring joy, luck and happiness. HUAT AH!!