Usually my futsal injuries are quite mild, save for one or two incidents which were bad. 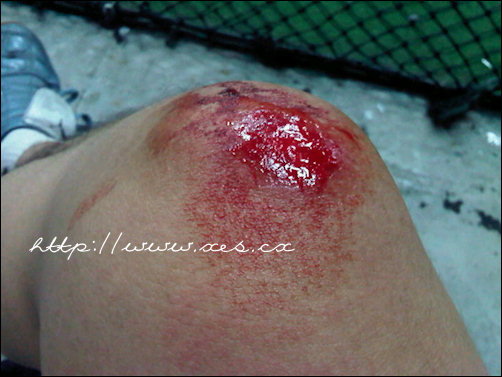 Feel down and scraped my knee few months ago.. 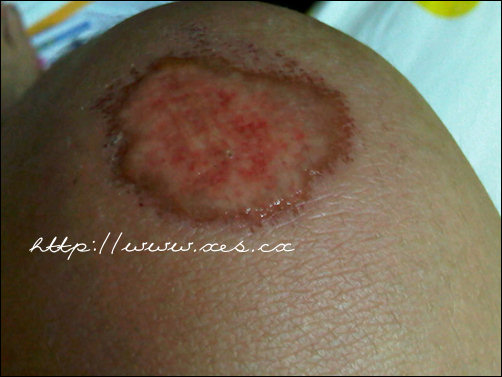 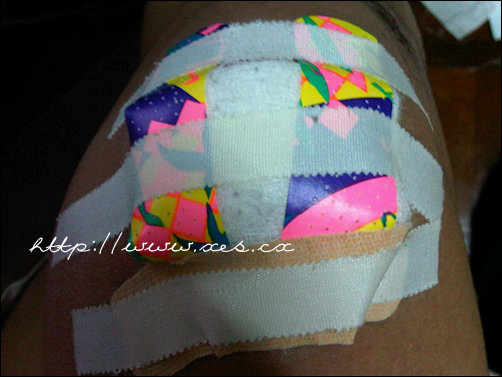 A couldn’t find any bandages at her house so she got hold of whatever that sticks to cover the wound. DJ Anatta said it is made of “love” -_-

Few weeks ago, my friends and I played futsal at our usual futsal place at Samba de Futsal. We were short of 2 players hence we asked a bunch of kids who were playing before us. The kids were probably around early 20s. They were more than happy to join us.

I must say that it was an enjoyable game as the kids were quite good. Feels young again to play with kids!

During the game, I had to challenge one of the kids for the ball. While doing so, I accidentally tripped on the kid’s feet and fell on my knees. As I was falling, my face scrapped on net. 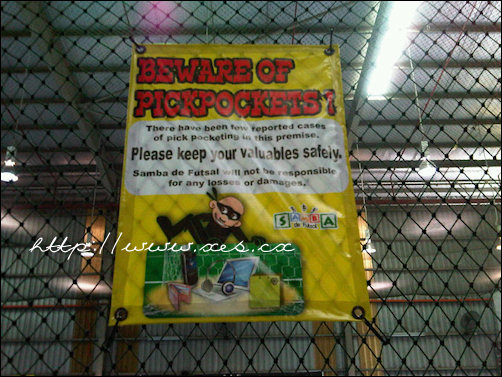 When I stood up, everyone was staring at me. One person said, “Your face is bleeding!”. I wiped my face with my jersey and only saw a dot of blood. My first thought was, “NIA MA WHERE GOT??”

Few minutes later, I went to look at the mirror and I saw myself.. 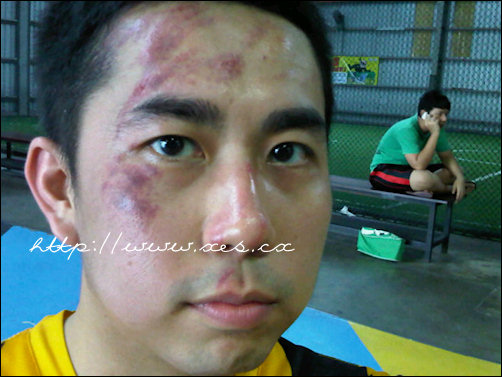 But it didn’t hurt at all. In fact, I was so tired that all I felt was exhaustion. After resting for a while, I went back to the pitch again!

So, on the same day, I went to see my neighbourhood doctor. He thought I got beaten up -_-

Notwithstanding the injury, my biggest worry wasn’t that my face was mutated. 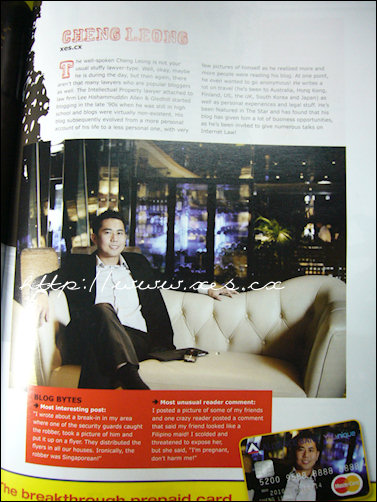 I was actually more worried with my presentation to some bankers three days later. GG 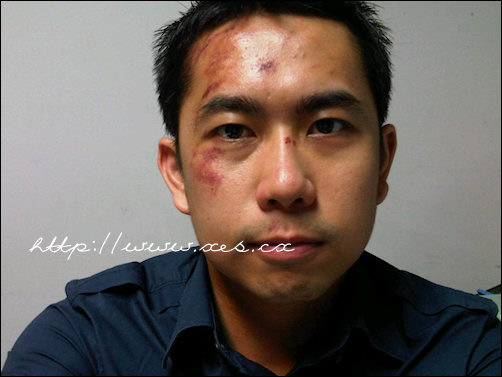 Fortunately, the presentation went well and the condition of my face was an ice breaker for many of my conversations. A blessing in disguise!

My Dad said that my bruises may stay for two months. Fortunately, it subsided in 5 days. I was back on the pitch a week there after!