Happy Valentine’s Day to all! 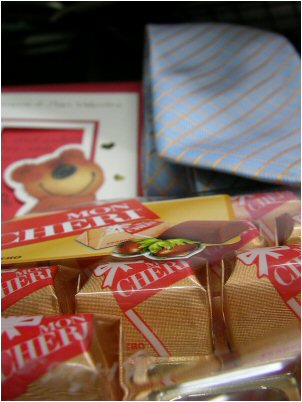 To all lovely couples out there, enjoy being slaughted by opportunist. However, a homecook meal or homemade gift would definately make V day even more special.
To all single people out there, don’t feel bad if you dont have a date. Your time will come. Think of all those poor guys who have to pay few hundred dollars for a crummy meal.
V day must also be celebrated with music. Music will light up the atmosphere and make you remember the V day you had when that particular music is played again.
To those suffering from a heartbreak, listen to 4PM – Sukiyaki, it would make you feel like jumping off a building.
The song Sukiyaki was originally sang by a Japanese singer by the name Kyu Sakamoto.
He was born in Kawasaki, Kanagawa prefecture. His most popular song, “Ue o muite aruko” (I Look Up When I Walk; Sukiyaki in the West)was a hit in Japan and topped the Billboard pop charts in the United States in 1963 where it was called “Sukiyaki.” Western DJs needed a song title that was at once easily pronounceable and associated with Japan. So, “Sukiyaki” was it, even though the word is not mentioned in the song.
In 1985, Sakamoto was killed in the crash of Japan Airlines flight 123.
In 16 March 1999, Japan Post issued a stamp commemorating the song ‘Ue o muite arukou’. 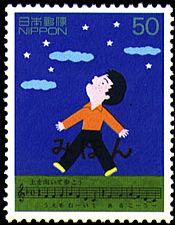