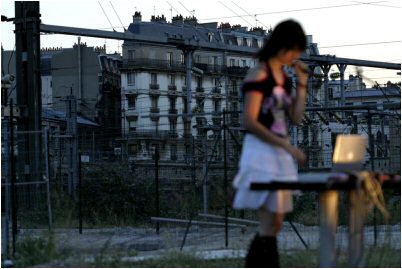 This Friday, an interesting performance by Analog Girl, a musician who plays music with her laptop, as well as singing.
Date: 28/04/06
Place: Terrace Bar, Zouk, 113 Jalan Ampang. KL

Between electro-pop, IDM (Intelligent Dance Music), trip hop and occasional references to the Bjork/Cocteau Twins, Singapore-based The Analog Girl is a musician that has brought her bedroom-made music across the world, playing venues from London, Paris, Tokyo and New York. Ironically, it has taken her a bit to get to these nearby shores, but she is due to take on the masses here next.
The Analog Girl, otherwise known as Mei Wong, finally makes her Kuala Lumpur debut at the Terrace Bar, Zouk KL this Friday.
This solo laptop-wielding performer is an inspired choice for the eclectic Heineken Music Lab series that also sees hometown deejays Ray Soo and DJ Blink performing either side of her headlining set. As an established name in the fringe music art gallery circuit across the causeway, The Analog Girl has done the big gigs and can count on notable appearances at music festivals like The Tesseract, Baybeats at The Esplanade, and Enroute – to name a few.
Singapore’s Analog Girl makes her Kuala Lumpur debut at the Terrace Bar, Zouk KL, on Friday.
More importantly, she is also possibly the most accessible option to attract a keen pop-centric following here, considering the Singapore avant garde music community has moved in leaps with highly experimental names like George Chua, Evan Tan, Snake Blood Union, Muon and The Observatory.
Armed with her debut album The TV Is On and the promise of new material, The Analog Girl’s live debut in KL is something to pique curious interest. Invites for the Music Lab series, starting 9pm this Friday, are available at (www.heinekenmusic.com.my). 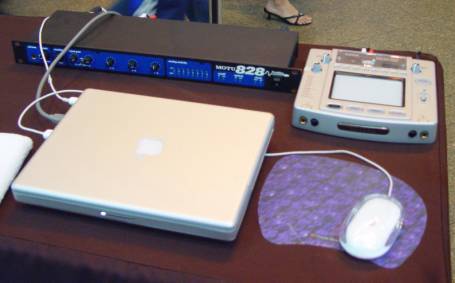 Are all your compositions done on your Mac G4 Powerbook? Were any other external compositional devices used in the process, eg. USB keyboards?
All my latest tracks are done solely on my Powerbook. Even my keyboard is computer-based, as in I play the musical notes using my computer (QWERTY) keyboard.
[Picture and Extract from http://www.agingyouth.com/interviews/analog_girl.htm]
Visit
http://www.heinekenmusic.com.my/
http://www.analog-girl.net/sound.html
for her demo.