Before my trip to NYC, Timothy asked me whether I’m interested to watch a play in NYC. I said yes and he bought me a ticket to watch this play called “Avenue Q”. The ticket costs couple of hundred ringgit. 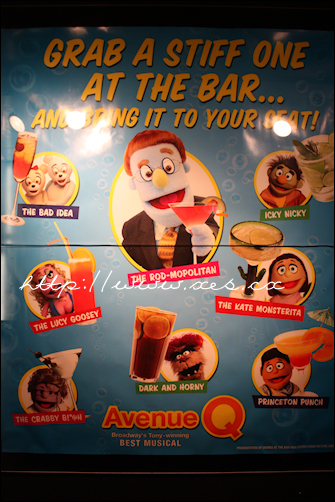 NYC is well known for its plays and those who wishes to visit NYC should at least watch a play. There are many theaters in the city and tickets can be purchased online.

Back to Avenue Q, the play is played by actors and actresses holding puppets. It’s like the adult version of Sesame Street. There’s singing, swearing, cussing and sex (puppet sex to be precise). It was nice but I didn’t like the lady who played the role of an Asian stereotype who speaks with an Asian accent. I find it degrading to Asians just like how Bruce Lee finds Mr. Tanaka degrading in Breakfast at Tiffany’s. If you’ve seen the 1993 film Dragon: The Bruce Lee Story, there was a scene where Bruce Lee and his girlfriend Linda Emery was watching Breakfast at Tiffany’s in the theater. Bruce seemed upset with the stereotypical depiction of an Asian man portrayed by Mickey Rooney as Mr. Tanaka.

Anyway, back to the story. Halfway through the play, jet lag kicked in and I zzzzz-edd….until the end of the show. I missed 3 quarter of it! 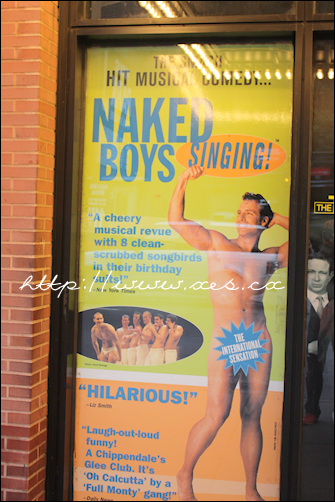