Couple of years back, on the first day of my Certificate of Legal Practice (CLP for short, a qualifying professional examination for foreign law graduates), I was down with food poisoning. I eventually failed that paper and had to resit for it. I felt like crap when I got my results. I felt like I’ve disappointed the whole wide world.

But what can be worst than missing the paper itself. One Ganesh wrote to the Malaysian Bar Council website to highlight his grievances with the road block set up by the police on Monday. Numerous roadblocks were set up by the police after they received ‘very real’ evidence that Datuk Seri Anwar Ibrahim will lead a demonstration at parliament. The roadblocks caused a massive jam. 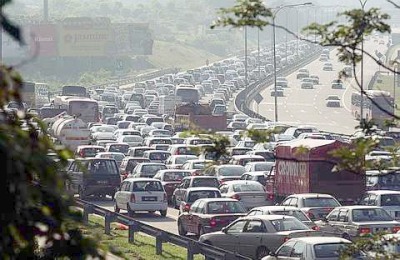 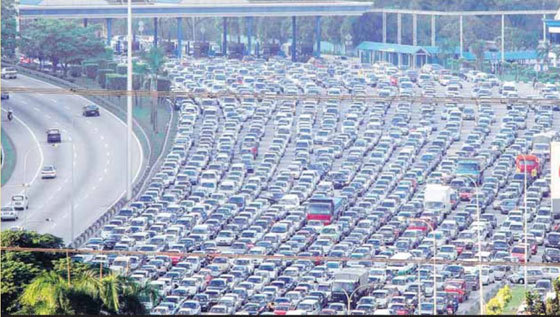 Here’s a reproduction of Ganesh’s email.

What Syed Albar does not realise is that, not only were people late in reaching their offices and thus productivity was affected, many people also missed important examinations.

Monday was the first day of the Certificate of Legal Practice (CLP) examinations held in University Malaysia (UM). As the examination was 9am, many left much earlier from their houses. As for me, I left 7am from my house located in Subang Jaya. Usually by 7.30am, I would be passing EPF.

However, to my shock and horror, I only reached UM at 10.30am, by that time, it was too late to sit for that particular paper. I was crawling in a standstill jam all the way on the Federal Highway. It was too late for me to turn and use any alternatives as it was a bottleneck jam everywhere and impossible to use any other alternatives.

Many people sitting this examination were either late or just failed to turn up because as one knows, reaching late to the examination hall, one would be barred from entering the hall.

To make matters worse, there were no protest at all. Even if there were protests, we have had many other protests before, and it was all peaceful protests. So why were there virtually every other road being blocked in KL causing a massive gridlock in the whole Klang Valley?

As Datuk Syed Albar was a previous lawyer, I am sure he understands this predicament of those aspiring to be lawyers. As this is the last CLP examination, many are stuck now, not knowing what to do. Many have sat this examination several times, hoping they would pass this last attempt before it is abolished next year.

I also read that one candidate who was caught in the jam jumped out of her friend’s car, stopped a motorcyclist and begged him to take her to the examination centre where she proceeded to take the examination.

My heart goes to Ganesh and the poor chaps who missed the exams.