That was the headline of the flyer inside my mailbox. 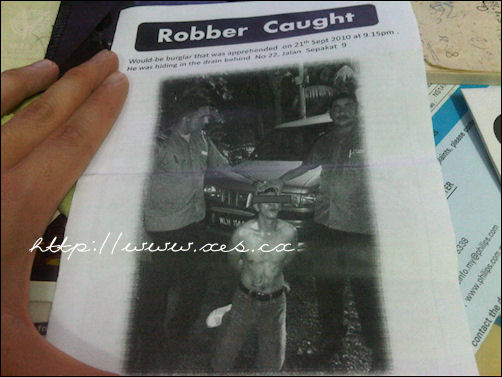 For once, the civilians triumph! The security guards at my area caught a would-be robber!

What happened was that the security guards saw a suspicious car and approached it. Immediately thereafter, two men ran out from the car and the guards gave chase. One of them was caught. He was then photographed and his picture was splashed in the flyer.

The flyer mentioned that he was handed to the police. He was equipped wit a bag-full of break-in tools. Apparently, he admitted his intentions to the police. The man is a Chinese and he is a Singaporean…wtf? 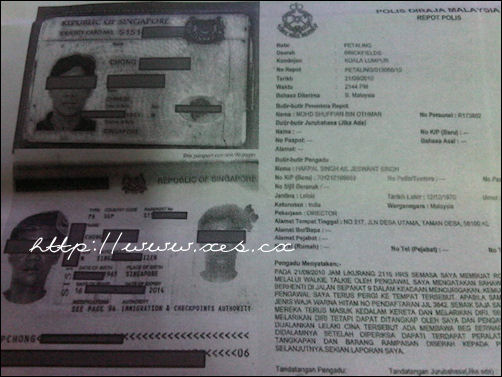 Looks like the security in Singapore is so good that Singaporean robbers have to come to Malaysia to rob.

The only unfortunately bit of this flyer is that a neighbour lamented the lack of participation in the security fund by other neighbours. It’s sad to know that some of my neighbours are enjoying what we all fork in with paying a single cent. I wonder if there is a way to get many of them to join. Perhaps we should consider hiring an Ah Long to collect payment from them.

I guess the best way is to improve the economy of the country. If everyone is well off, there is no need to rob right? There is of course the hardened criminals but reducing the numbers would be a great start.