www.sixthseal.com is probably one of the most controversial blogs in Malaysia.

Sixthseal.com was once well known for its drug entries, reviews and details of all sorts of drugs. The website got featured on the front page of a local daily, Harian Metro with the title, “Laman Web Dajal” (Evil Website)

Other than that, there were entries which I believe no one in Malaysia has done before such as entries of him wanking, picture of his stools and video of him injecting himself with drugs.

But after more than a year of hiatus, webmaster Huai Bin is back! With an entry of him taking a dump.. 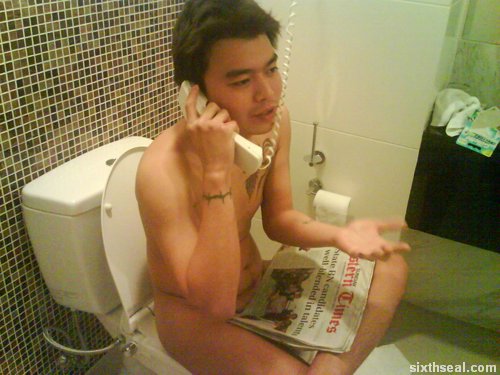 Damn…the picture would be much better if Huai Bin is a girl..

Welcome back to the blogosphere!

5 thoughts on “sixthseal.com is back!”