We took a break before heading to Taman Kota Laksamana for Asam Pedas Ikan Pari (stingray). Hajjah Mona is within walking distance from Jonker Street. This place was introduced to me by some clubbers I met in Melaka.

Their speciality would be their Asam Pedas Ikan Pari. Just order Ikan Pari and they know what you meant. Within minutes, they will serve you a plate of plain rice and a bowl of asam pedas ikan pari with sauce filled to the brink. 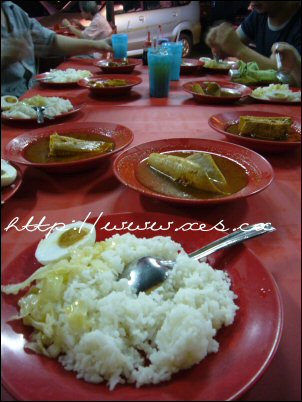 The stingray’s meat is tender and the sauce is sourish and a little bit spicy. It makes me salivate whenever I think about it! 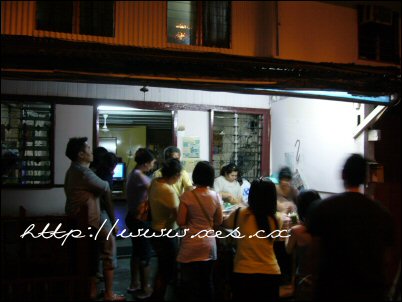 Barely 10 minutes after Assam Pedas, Cris brought us to one place that sells Putu Piring at night. Putu Piring is made of steamed rice flour filled with gula melaka (palm sugar).

What made this place special is the stall itself. The stall is actually in front of the owner’s house. The entrance to their house is wide open.

Since it’s a housing area, parking might be a little bit troublesome. Cris parked his car in front of a house and had two Indian men ‘molesting’ his car. Mmm Suzuki Swiftt…you’re soo hooott.. 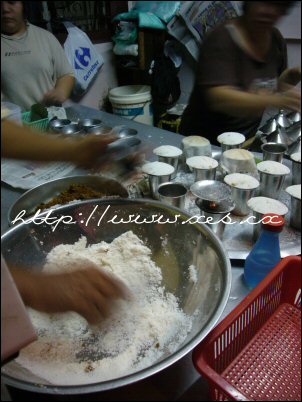 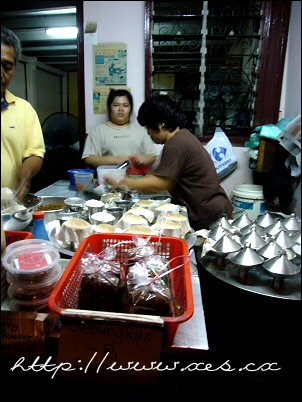 Cris said this looks like nipples. Many many nipples.

Each piece costs 70cent but I would recommend that one should not eat more than two pieces as you’ll get sick of it after the 1 ½ piece. 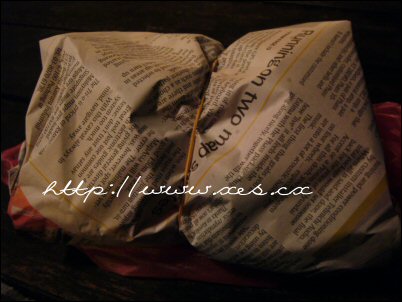 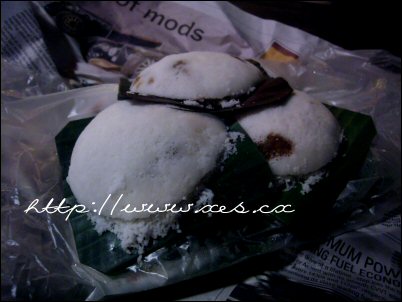 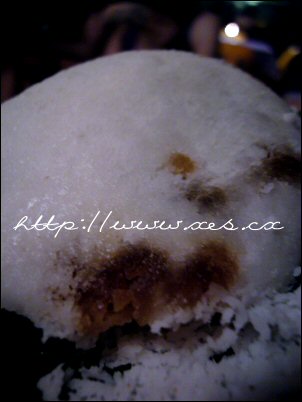