We took the opportunity to catch this famous show at City of Dreams.

It is Macau’s most expensive show, which combines water stunts, acrobatics, aerial arts and theater. USD250 million was invested in this show. 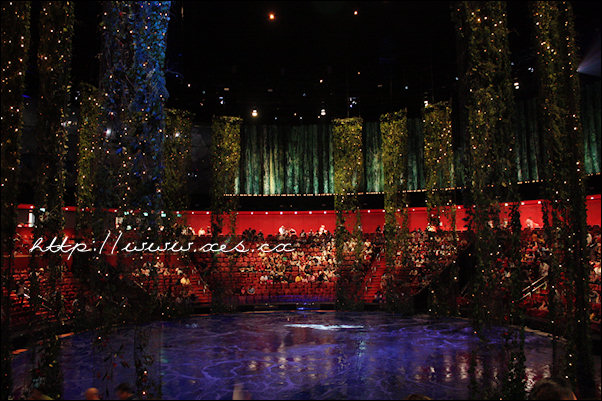 We bought the cheapest ticket (about 500HKD) thinking that we will need a binoculars to watch the show. However, the venue is pretty small. We were just a few rows away from the stage. We could even feel the water splashing on us (rather mildly).

The show is set on a stage which evolves from a pool to a dry stage. Actors were a mixture of Caucasians, Africans and a few Asians. The show is about a man trying to save a damsel in distress from the clutches of an evil Queen. 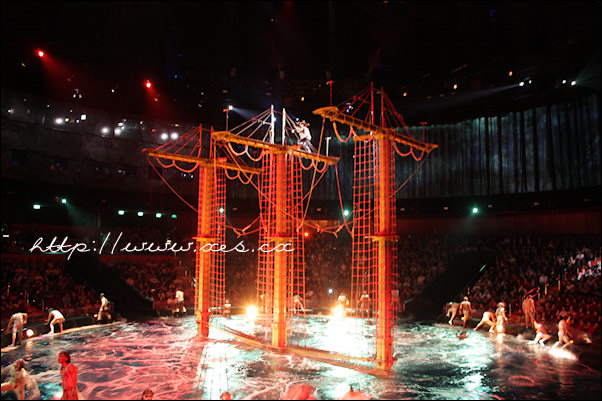 No one is allowed to record the show. You’ll get kids armed with a torch light shining on your face telling you to stop recording.

As grand as it looks, I feel that the stunts were not as impressive as the ones I saw in Beijing. Although Beijing’s acrobatic show was set on a rather poorly maintained theater, the acrobatic stunts were amazing. The ladies could bend their bodies in all forms. 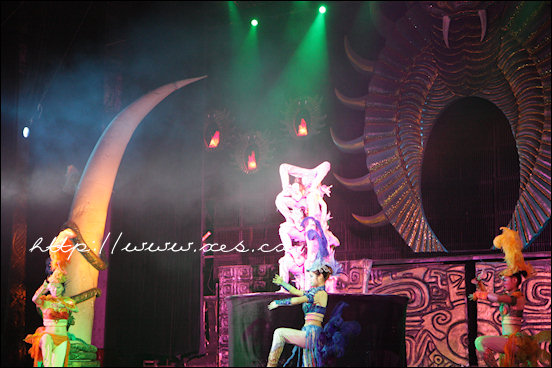 They could even merge themselves together and transform into some sort of creature – just like the Transformers!