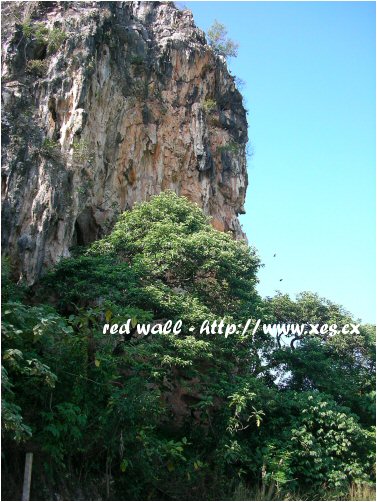 This time we headed to Red Wall, which is nearby Gua Damai. Red Wall is just a small rope-topping wall. We had to climb through bushes and trees to get to that place. Further, before we got there, a bunch of monkeys were having hanging out there. They ran after seeing us.

This time round, there were no mosquitoes or fleas. Flies were abundant though. 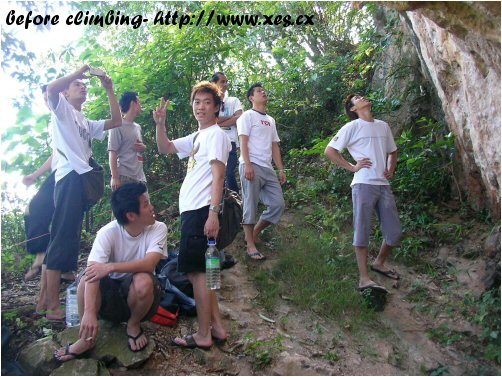 We started off with an easy route. Everyone managed to clear it. Pet Pet Lin struggled for a while but in the end, he finished it. Bravo! 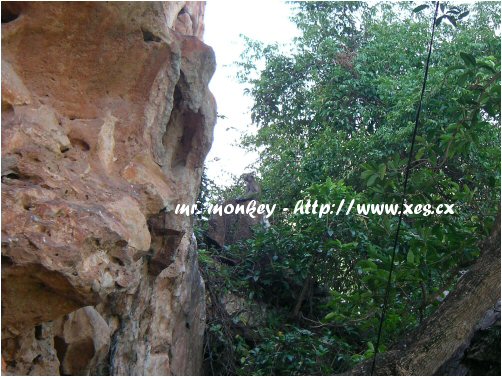 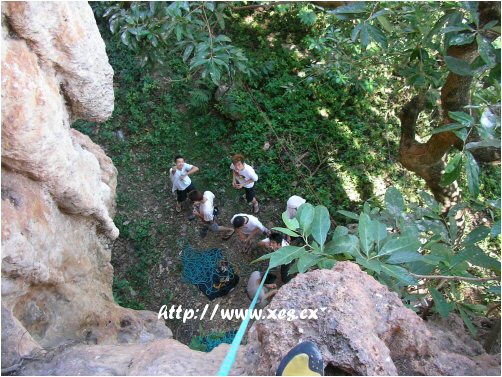 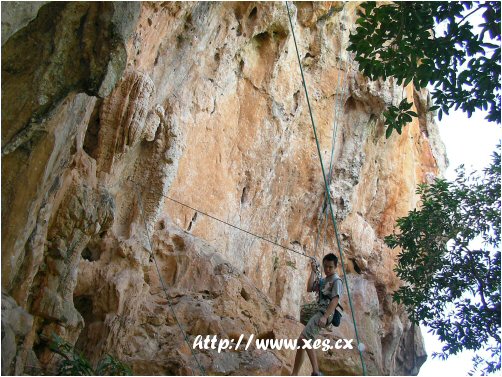 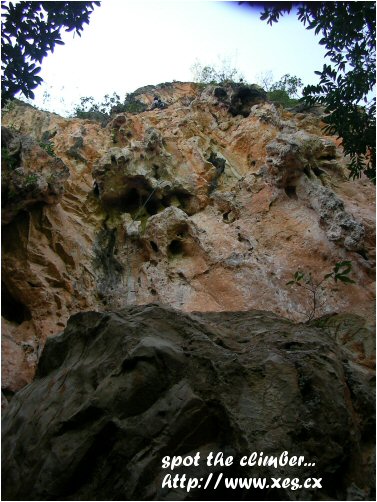 Then we proceeded to another route, which was about 30 metres high. It was bloody tough. Out of the 9 people who tried, only 2 made it to the top. Further, the wall isn’t entirely flat. There are loads of boulders around. Hence, whenever we fall, we would end up swinging out from the wall. It was pretty exciting though. We could see a good view of the area. However, once the rope pulls us back to the wall, we would end up crashing into a tree. 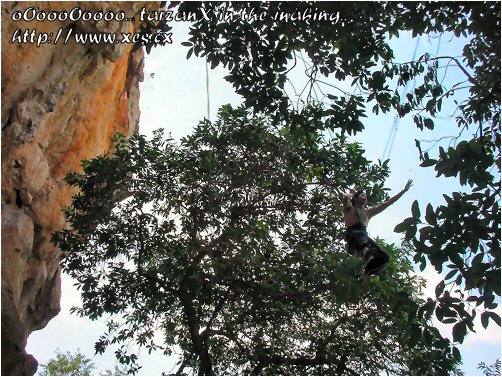 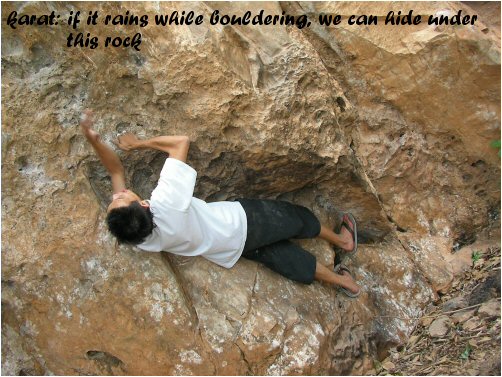 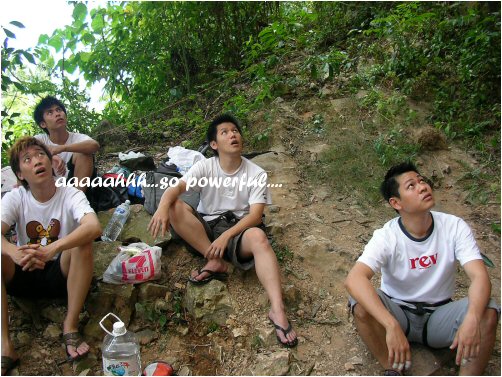 Another thing worth nothing is that the villagers around Batu Caves are friendly. One of the villagers was happy to let Wai Keong to use their toilet. However, Wai Keong felt uneasy cause the toilet has many holes around the wall. I hope I don’t see Wai Keong’s face in any toilet fetish VCDs. Then, when we were about to leave, a bunch of Malay girls greeted us with, “Gong Xi Fa Cai!!” (A greeting for Chinese New Year). Hon San replied, “Sayanggg Sayanggggggg” (Darling… Darlingg). The Malay girls giggled non stop.