The Wikipedia entry of Central Park states that there are rock climbing spots in the park. After weeks of food and no exercise, I was eager to find the place. 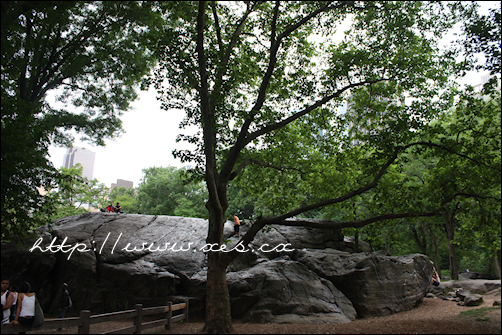 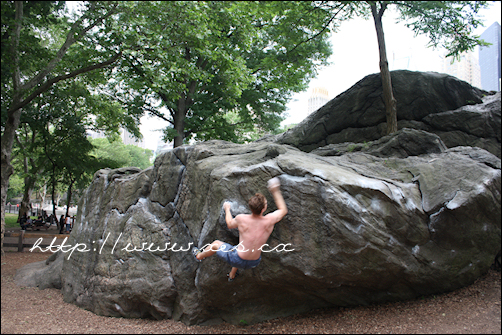 We found one of the spots! There was already a climber there 😀 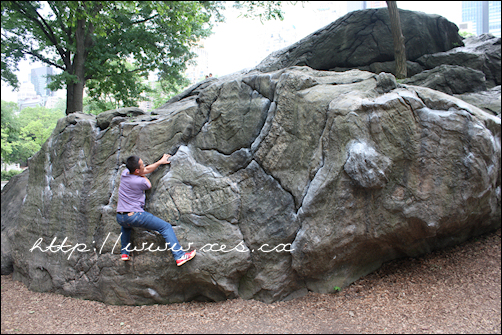 There were not many routes visible at this rock. Some can be seen through the white chalk patches on the wall.

Handholds were most crimps except for a few jugs here and there. Footholds on the other hand were tiny. It was difficult to climb without climbing shoes :/

Other than Rat Rock, there is also Cat Rock. Unfortunately, we couldn’t find that place. 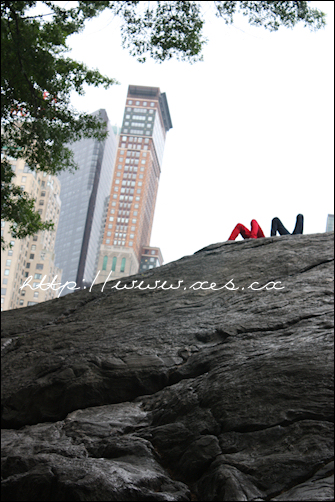 For more information about climbing in Central Park, check out rockclimbing.com’s entry.