During medieval time, theatrical plays were performed by men, even though the character is of a female one. But now, time has changed. Roles of female are played by females themselves.
However, in Japan, there’s type of theatre comprised of all-female performers who play both the male and female roles in musicals and revues. 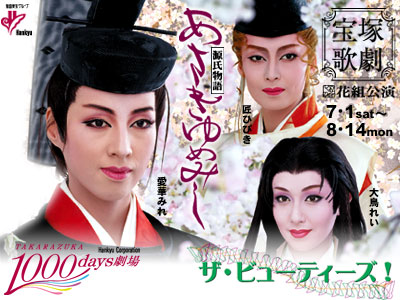 The all-female Takarazuka Revue Company is such a fanatically supported institution that you know it must touch something deep in the Japanese psyche, or at least the female Japanese psyche. Some ninety percent of fans are female and most are under twenty-five. And the stars they adulate the most are the otokoyaku, the actresses who play the male parts. In Japan’s male-dominated society, which only recently has begun to give any more than lip service to equality of the sexes, the otokoyaku represent a vicarious way for young women to live out fantasies of strength and power. But what they really come for is romance, the pure, old-fashioned, fairy-tale variety. So Takarazuka gives them just that, clearcut stories full of romance and spectacle but devoid of crudity or passion, much as Disney sugar-coats its love stories.
The company is made up of hundreds of members that put on performances across the country and abroad year-round. Thousands more teenage girls apply to join every year but the Takarazuka Music School takes on only 40 to 50 new students a year. Those lucky enough to get in face two years of strict discipline and rigorous training. The younger students must walk along the edges of the school’s corridors, and bow and greet any sempai (older students) they meet. A daily routine of classes in acting, singing, dancing, music and theater history is coupled with cleaning of dorms and classrooms. Cleaning is done by hand, with mops, scrubbing brushes and even toothbrushes, and keenly checked by the sempai. After their first year of training, students choose whether they want to be an otokoyaku or musumeyaku (female role). Again competition is fierce, with factors like height, build and voice playing a large part. Once training is complete, students graduate and join one of the troupes. 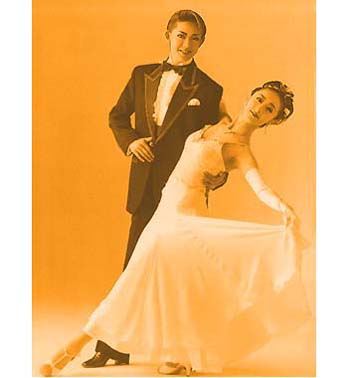