It’s a much smaller crowd than the one had for Walk for Justice in Putrajaya few years back. But it’s to see lawyers show up in force. 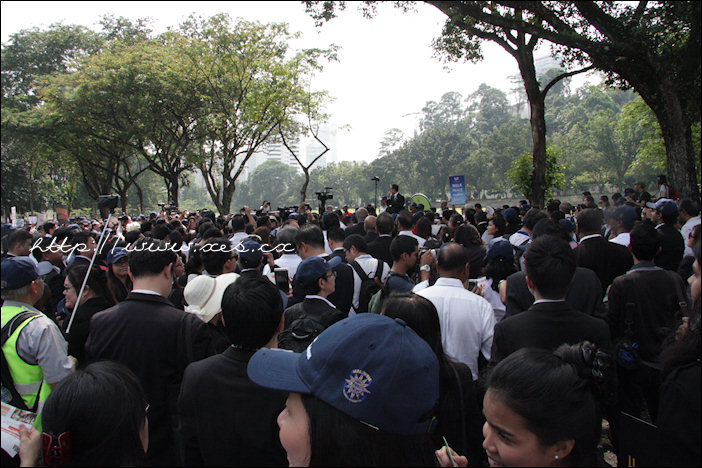 President of the Malaysian Bar, Christopher Leong, addressing the crowd before marching to Parliament.

I brought along my sister in law, CA, to attend the walk. She passed her CLP exams and was looking for a place to do her pupillage at that time. I thought it would be interesting for her to attend one of these rallies.

Lawyers were asked to wear a jacket to the walk but I gave it up as soon as I stepped out from the car. It was a wise decision. Even without a jacket, I had a waterfall of sweat coming from my head.

The event was also great to meet up with old friends. We also got to see some Members of Parliament from the Federal Opposition side like Sivarasa, Gobind, Wong Chen, etc. 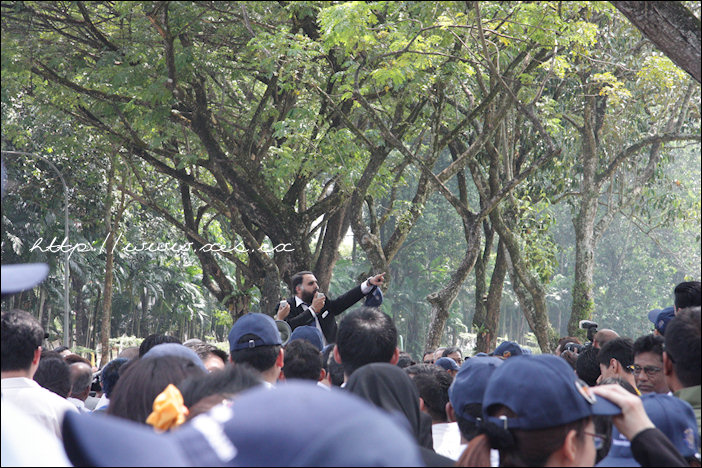 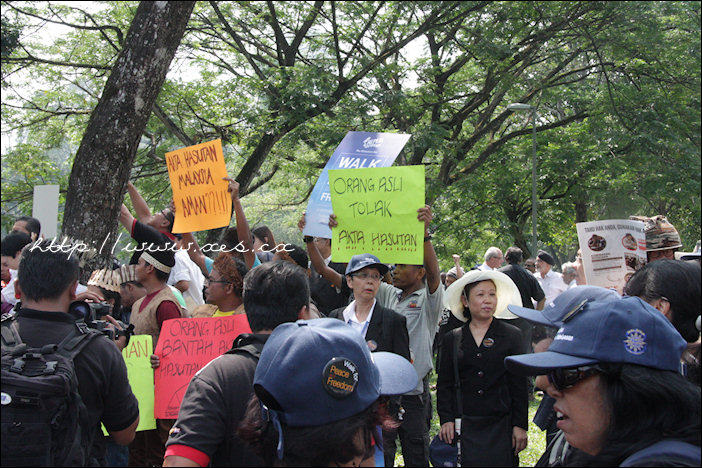 Even an Orang Asli group came 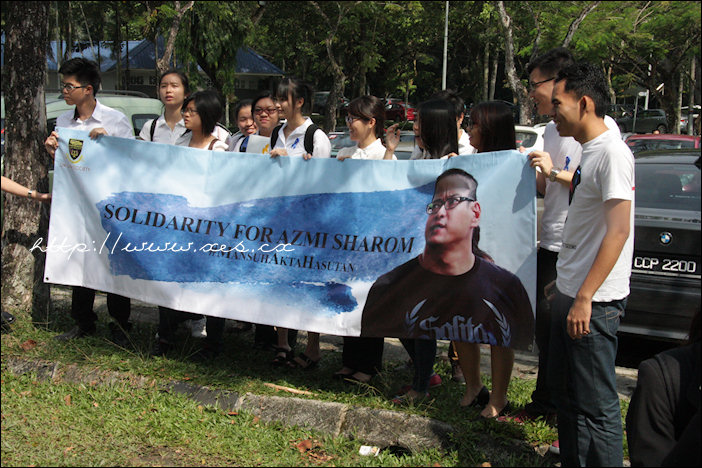 At about 1130am, we marched towards the Parliament. It was a rather uneventful one and chants and shouts were pretty mild. 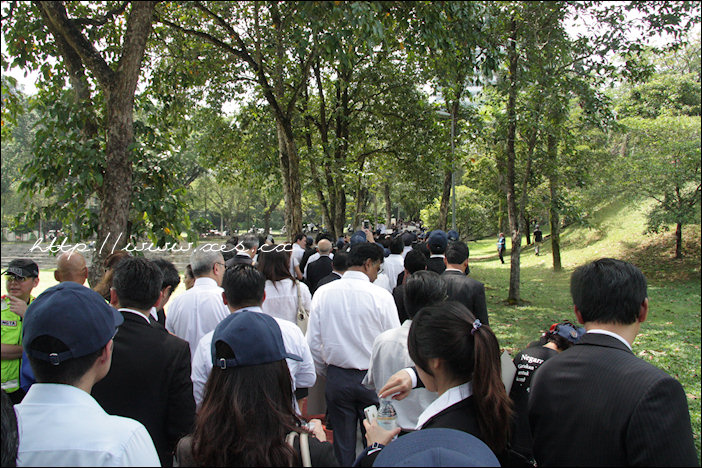 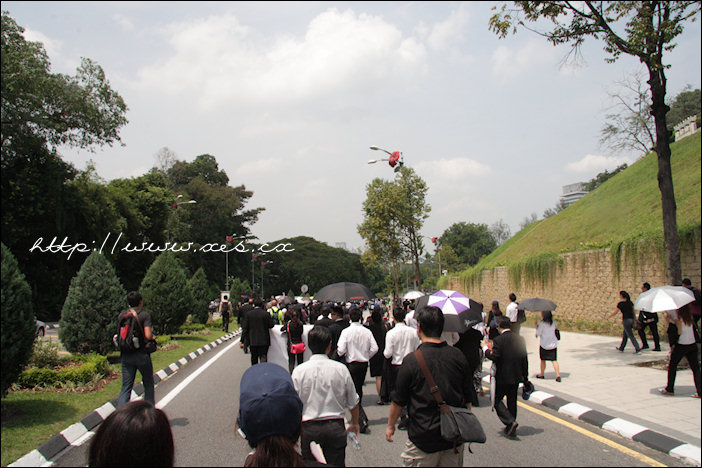 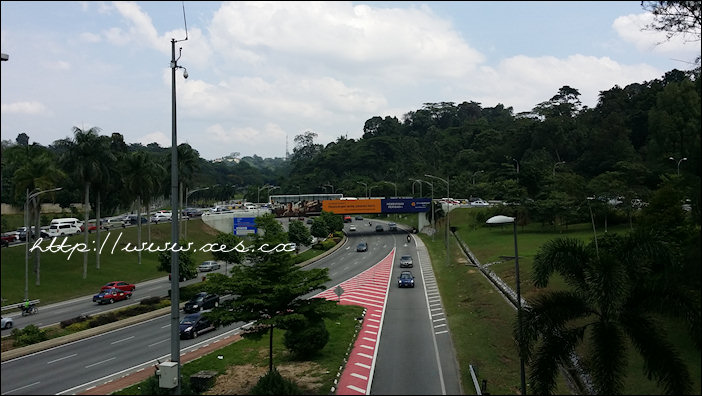 One thing we did cause was a traffic jam. Cars couldn’t come to the road in front of Parliament. 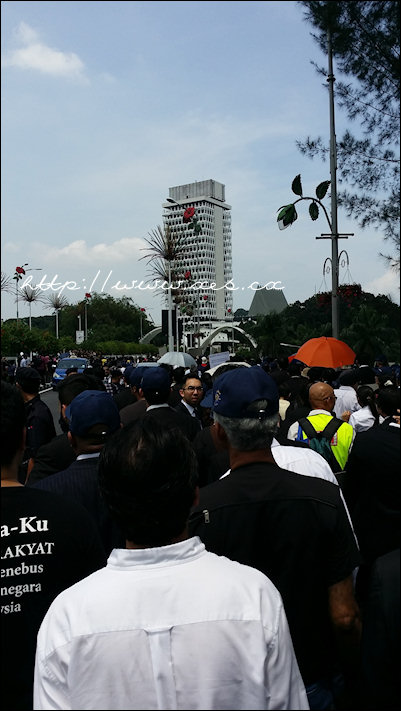 Upon reaching Parliament, some members entered it to present a memorandum asking the Sedition Act 1948 to be repealed and all sedition charges be withdrawn. The memorandum was received by Minister in the Prime Minister’s Office, Datuk Mah Siew Keong aka Handsome Mah.

CA and I didn’t wait long and left early for lunch. The walk back to the car was torturous. But we were fortunate that it did not rain. 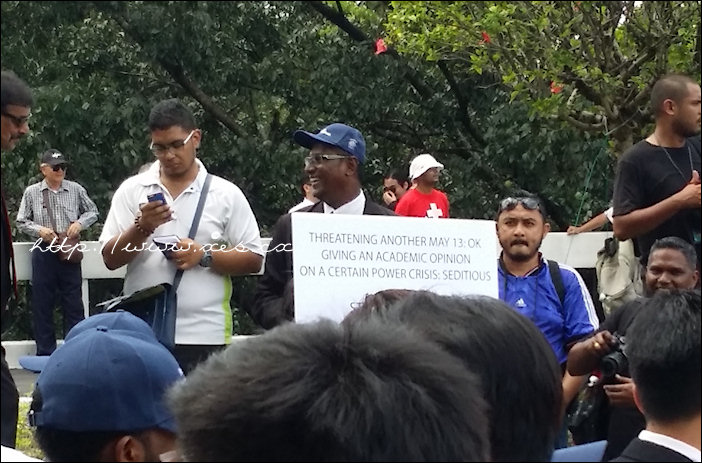 YB RSN Rayer of Penang. He was charged with sedition because he uttered the words, “UMNO celaka” in the State Assembly. His prosecution was a surprise to me as words uttered in State Assemblies are protected by privilege. 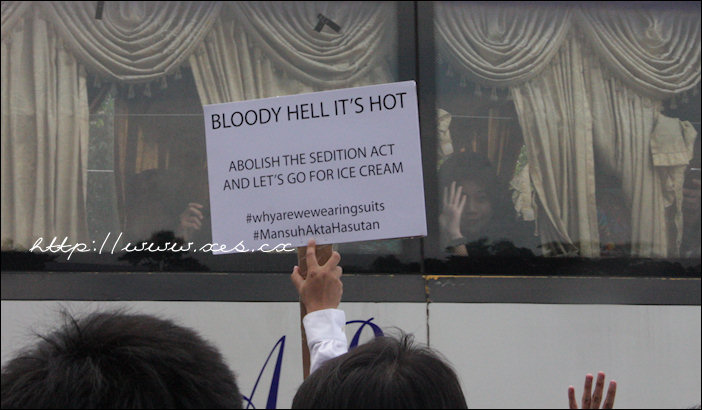 There were loads of banners and cards. This one is the winner.

My only complaint about this walk is that there had been too many walk. The last walk was in 2011 when the Bar organised a walk to protest against the Peaceful Assembly Bill. Before that, it was 2007 when the Bar organised “Walk for Justice” to urge the Government to set up a Royal Commission of Inquiry to probe the state of judiciary and to establish a judicial appointments and promotion commission. I think “walks” should be used sparingly and we should adopt other means of protest. It “walks” becomes a norm for us, the public won’t take it seriously anymore.

Nevertheless, I think there is a slight impact from this walk. I don’t recall anyone being charged for sedition after the walk but there was reports of people being investigated for it.