Last week, Kuchai Lama had a prayer thingie for The Chinese Ghost Festival. Lynnzter and I were snapping pictures all the way. 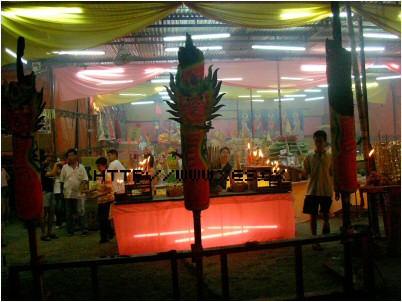 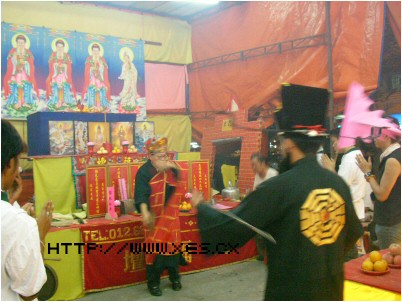 Many years ago, when Chinese were once considered conservative, we have traditional opera shows for the dead to watch. However, times have change. Now we have girls dressed in skimpy clothes singing on stage! Initially I was expecting some old haggard woman singing. But the girls, wow, they were hot!!! They could sing fengtau songs very well too! However, one of the girls was crude. 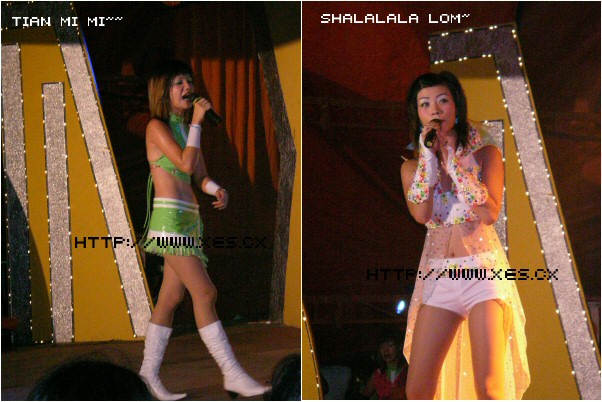