Su Ween, Jon and Mindy stood behind me, shouting farewell and reminders, as i walk out from 16 Watson Road.

While on my way to Manchester Airport, i befriended 2 people. We didnt talk much, the guy was heading to Spain and the girl was heading to Tobago. Eventhough we seldom chat, we somehow made an implied pack, 3 of us would stick together throughout the trip to Manchester Airport. We shared the same carriage and sat nearby to each other in the bus. We departed without saying good bye.

Amsterdam – 9:30AM
Ah, Amsterdam, It’s been 1 year and 1 day since i left Amsterdam. I love Amsterdam.

My trip around Amsterdam Airport was a short one but it surely brought back the memories i had in Amsterdam last year.
Everything seems like yesterday (this proves that the amount of weed i smoked in amsterdam did no affect my memory).

I had a slight problem in the immigration department. The handsome young African Dutch officer was scrutinising my passport for a long time. He showed it to his collegues and started discussing with them in Dutch. I had no idea what they wanted. Probably he was suspicious of my passport. I have a temporary British residency and an Australian visa attached on my Malaysian passport. A terrorist with with 3 residency? Thats what he probably suspected. Fortunately, he did not give me any trouble. He gave me the passport back but in rude way.

I regretted that my transit was a short one. Getting into Holland from anoter European country is easy and fast. If only my transit was few hours. I would be taking the two storey high train to Amsterdam.

Flying over Scandanavia is an interesting sight. The clouds are white and the whole continent is white, covered with snow! 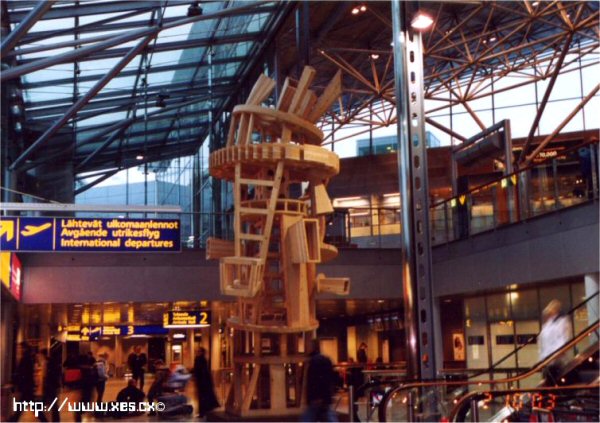 After 14 hours, which includes a train ride, 2 bus rides and 3 flights, I’m finally in Oulu. I was suprised that there wasnt any immigration check in Helsinki. I wanted to get them to stamp a mark indicating that I’ve been to Finland! 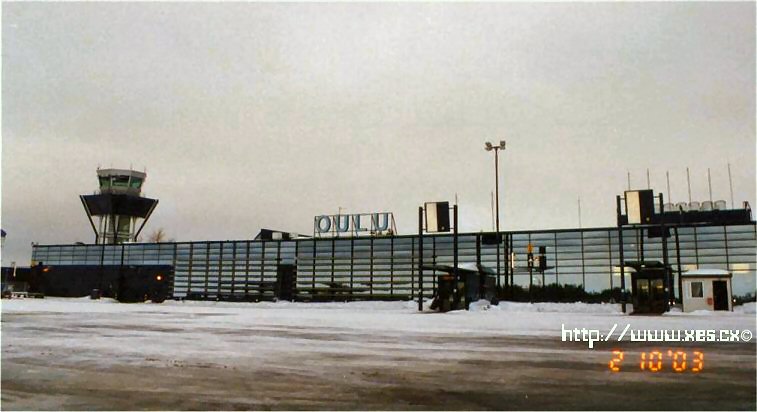 I bought a standy ticket to Oulu for 65e. Standby ticket is much cheaper than normal ticket (200e) as it involves a risk. With a standby ticket, a seat is only guaranteed 10 minutes before departure and if there arent any vacant seats, I am not entitled to a seat. However, a refund will be given.
I made a mistake as i was wating for my flight to Oulu. I check-in the counter 10 minutes before departure.

I was instantly screwed by the pretty lady attendant. In her Finnish accented English. she kept on scolding me for not checking in early. Apparently the bus to the plane has already left and hence I’m the only one left. I told her that i thought that standby tickets would only allow me to check in 10 minutes before departure. She dismissed it and kept on screaming at me in her hostile finnish accent. I never threw my temper at her nor apologize to her, all i said was just okay okay and okay. I was too tired to retaliate. It’s been more than 24 hours since i slept (well not exactly 24 hours,. i dozed off for few minutes couple of times)

One thought on “Finland day 1”