http://www.xes.cx/forum was hacked. I have removed the old forum and replaced it with a new one.

Although not as bad as xiaxue‘s case whereby her blog and her 3000 emails were deleted by a hacker, its sad to see our 2000 over posts disappear.

I did not bother to trace the hackers as they seem to be foreign based. They seem to have found a bug in the forum script which enabled them to exploit it.

I hope the hackers are happy on their so-called achivement. I pray that the worst will fall on them.
By the way, Mr. So-called hacker, 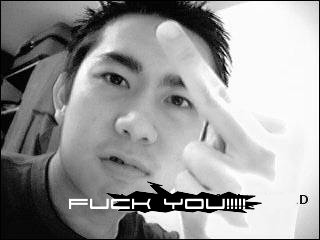 I wonder if that script kiddie knows the basic rule of hacking etiquette. Never ever remove datafiles unless its necessary. dumbarse.