One of the privileges of working in a big or established firm in Kuala Lumpur is that you get to attend the KL Bar Annual Dinner for free. This year around, our firm has once again sponsored us tickets to attend it. 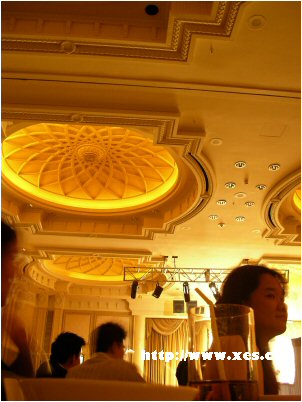 It was held at J.W. Marriot, one of the posh places in town. This year’s theme is International Costume. I didn’t wear any though, all I had was my usual tshirts and slacks and jacket. However, a number of people dressed up in all sorts of costumes. Lee Shih wore a matador’s costume. Some girls were in cheongsam, saris and even kimonos. 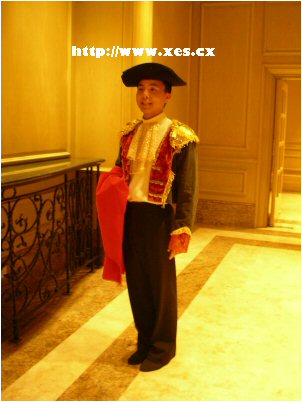 Lee Shih
We had free flow of beer again this year. AT, A friend of mine was already lobster red when I saw him. Another friend of mine came up to me and pointed at AT, “You see this Chinaman, after few drinks, they’ll turn red”. I couldn’t help but to laugh.
Another 2 of my former Sheffield Uni classmates came as well, Alan Teo and J.
When I first saw J, I screamed, “ooiiii…big ass J!!!”.
J: O_O!!!! FUCKER!! WHAT DID YOU CALL ME?!?! *proceeds to punch*
Me: *ow*
It’s been a while since I saw J, it was great catching up with her!
Few hours later, AT, a colleague of Janet, came over to me and said, “Eh? What did you call J just now? Now all her colleagues are calling her by that name!”. 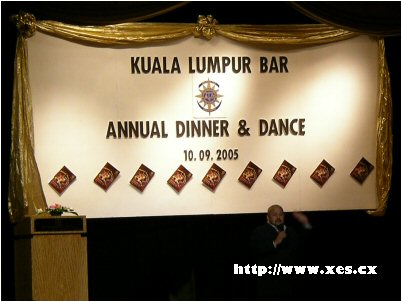 Mr. Harith Iskandar. – “you want some of these?”
Malaysian Comedian Mr. Harith Iskandar was invited to do a stand up comedy. Initially we were expecting him to recycle his jokes which we always see on TV or previous dinners. However, this year round, his jokes are new. He made me realise that we Malaysians, have blatant disregard to our rules.
He also made fun of Australian’s carefree attitude. Many years ago, he had 2 hugeeeeee fatttt Australian girls over for holidays. It was many years ago hence bus was the only source of transport. So the girls, being carefree Australians, walked out with shorts and singlet…and without bra. Imagine 2 hugeeeee Australian girls in singlet and shorts and without bra. So they proceeded to board a bus.
Malay boys in the bus: *O* *stares in disbelieve*
One of the Australian girls noticed that they boys were staring at their tits. She stopped, grabbed her own tits and said to the Malay boys, “You want some of these???”. 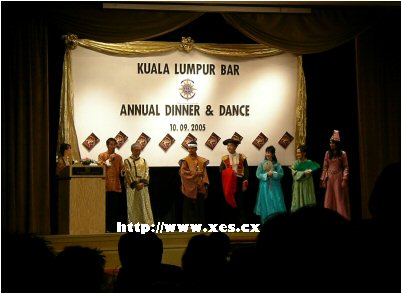 Finalist for the costume competition
Lee Shih won the best costume competition! He and Ashraf were on a tie but Lee Shihbeing a friendly and jolly chap, won based on clap-o-meter, whoever gets the loudest cheer will win. While Lee Shih’s colleagues cheered for him, YS, Low and I stood up to cheer for him as well. He won a 3 days 2 nights stay in Bali!
This year’s lucky draw prizes are much better. Unfortunately, I didn’t win any of those.
A friend of mine ran up to the stage when he heard his number being called. Right after he passed his ticket to the MC, the MC said, “this guy had too much to drink.. this is not your number!”. My friend walked down from the stage, deeply embarrassed. Damn.
David won the best prize of all, he got a RM3000 travel voucher to anywhere in the world!! But after they announced RM3000 travel voucher to anywhere in the world, the first thing on my mind was a free trip to Japan! and also out of no where…“mmmm….travel to Genting Highlands 30 times!”. Wtf..
A guy won a bottle of Black Label and a bottle of Whisky plus 2 imported fine glasses on the lucky draw. He ran up to the stage and celebrated with his mates with his newly gained prizes. But few seconds later, the MC announced, “I’m sorry there seems to be a mistake. The prize is not of Black Label and a bottle of Whisky. Please come up to return the prize”.
It’s amazing how one’s luck would change within a split second. However, he was sporting enough to come up to stage to return the prize. The MC then announced, “You actually won a blender”. Doh! 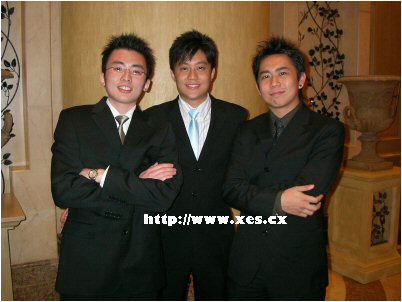 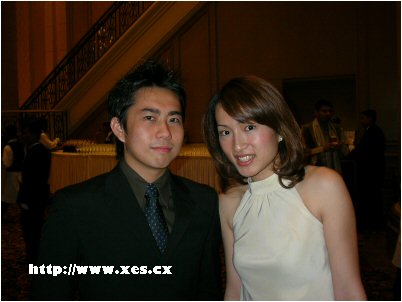 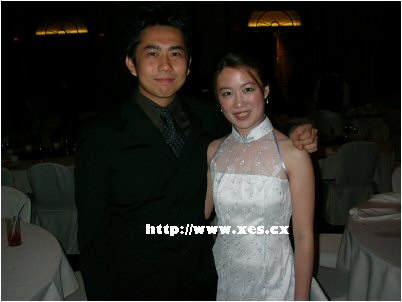 Sue Yin & I
The night ended right exactly @ 12am. It was a good night. Congrats to the organizing commitee for their excellent job!