It was a gathering of old high school friends. Everyone came with with one purpose; to bomb Ping.
Ping already had few beers when I arrived. The gang was playing card games. But few minutes later, a Flaming Lambo was served. After that, more cocktails came. At the time I left Decanter, Ping already had a flaming lambo , graveyard, AK47 and a BloodyMary.
We also got him a cake. It was white and creamy. I was told that there was a purpose behind buying a creamy cake. 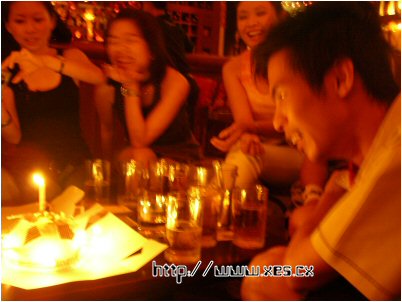 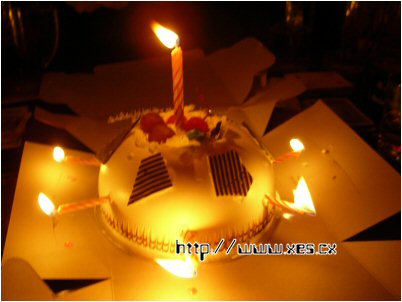 Ping didn’t have a hard time blowing the cake. He literally gave the cake a shower.
Soon after that, Ping had to pick a candle that we planted on the cake using his teeth. While he was trying to lean his face towards the cake, we smashed his face on the cake.
He quickly leaned back. We attacked him with few more clumps of cream! 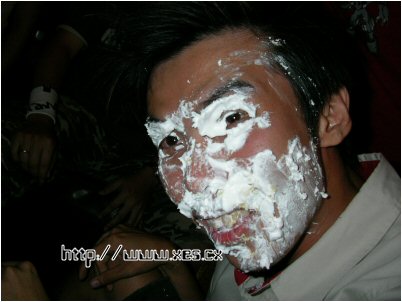 Now you know why we wanted a creamy cake 😀
HAPPY BIRTHDAY PING!!!!