i don’t know if this is true, but i received this from a forwarded email. i don’t even know how old this thing is!

“Hello everyone. I have some interesting news. I was in Pizza Hut (Sunway Pyramid) yesterday and suddenly my friend showed me the bill. The bill contains normal things (number of person, bill. number and what is ordered). But, what shocked me is that they had space called “RACE”.
I guess since we were all wearing tudung, they labelled us as 0, which means MALAY. Later, when we went to pay…we had no service charge and no tax charge.
Still in shock, I peeped into another bill in the counter. In that bill, under the race space, it was labelled as C (which I guess means Chinese). That bill had service and tax charges!!!
I started investigating. One of my Sri Lanka friends was labelled as Indian it seems and she also had to pay service and tax charges a few weeks back.
What I’m wondering is that…does anyone know about this? I find it rather strange that they charge service and tax charge using race in Pizza Hut, out of all the places!” 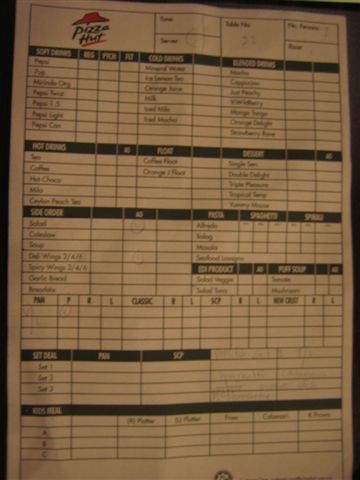 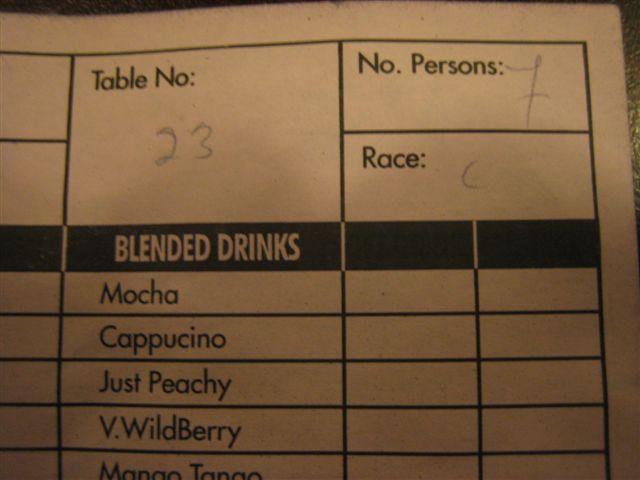 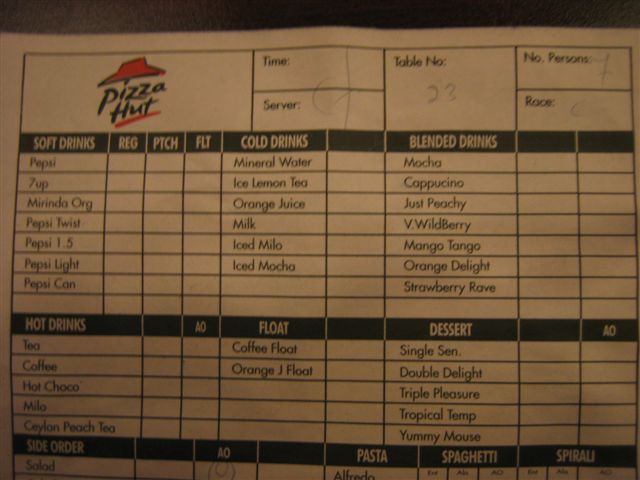