Last week, eraine and I went for the Stamp Exhibition at Sub3ng Parade Shopping Centre.

I drooled from the beginning until the end. I spent a sinful RM50 on them!! 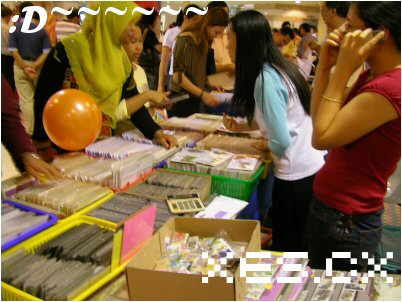 Two young newspaper reporters approached us for a photo. One of the reporters tried interviewing us in Mandarin.

Obviously shocked, the girl had no choice but to interview me. She asked me what kind of stamps I bought. I could not think of the proper words for it (my Mandarin is bad). Hence, I said, “sher mok tou mai!!” (I buy whatever there is!!).

They then made us pose with the newly launched stamps on our hands. If you see us on Sin Chew Jit Poh, those weren’t our stamps!! 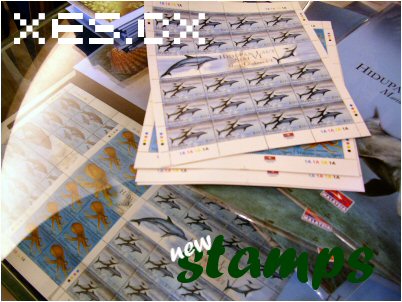 I think the obvious reason why the reporters approached is that we were the ‘young’ patrons there. Other patrols were either too old or too young (primary school kids). 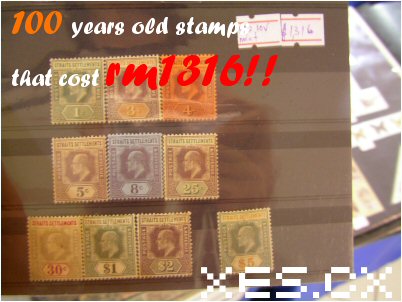 I overhead a conversation by 2 men.

Men 1: Why are only primary school kids here? What happen to the secondary school kids?
Men 2: I think those kids are in the cinema or doing something “cool”

How true, eraine and I were the only young adults there. 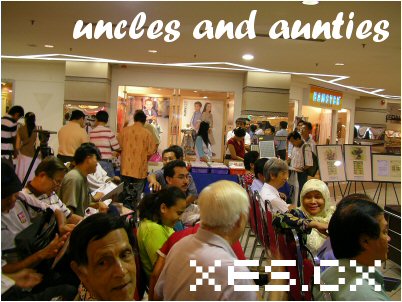