As mentioned in my earlier post, A and I headed to Nadeje cafe to try out their famous Mille Crepe.

According to my colleague, Nadeje has two outlets. One located in Dataran Pahlawan and another one in Plaza Mahkota. I was told that the latter is better but we decided to go to the former asQ it was convenient to us.

The outlet at Dataran Pahlawan is located on the 1st floor. We were greeted with a row of cakes consisting of a variety of Mille Crepe. 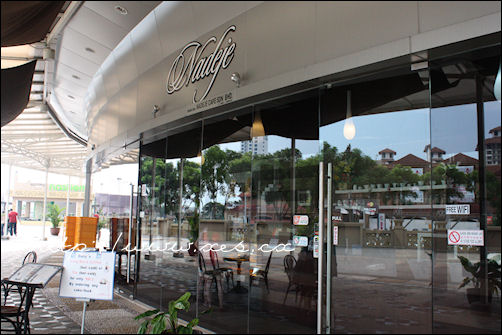 It was rather hot as the air condition of the cafe was down. The waiter guided us to a table with two flies perching on the table. We had to shoo the flies ourselves -___-

A asked whether there were any seat that is cooler. The lousy waiter said, “It’s all the same”. 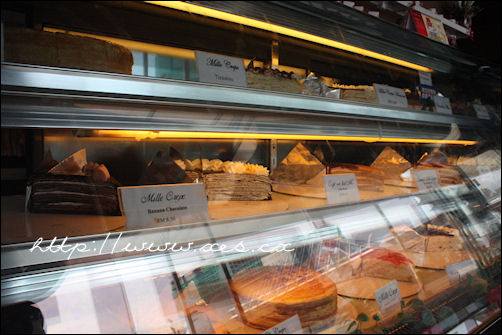 Notwithstanding the lousy service and flies, we ordered a slice of banana chocolate mille crepe and also a slice of original mille crepe. 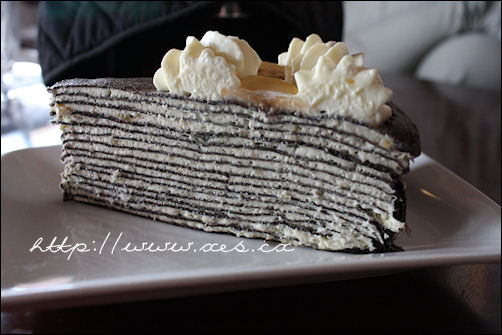 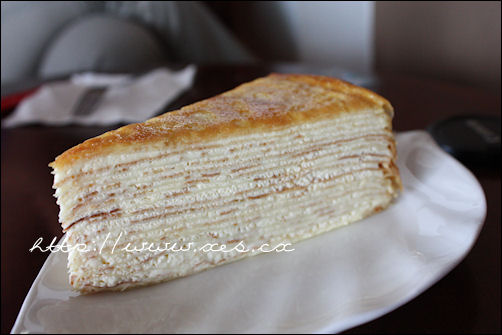 I must say that Nadeje’s mille crepe is not bad. Some people say that their mille crepe is better than the one served at Food Foundry. However, to me, they taste the same. Perhaps I should try the mille crepe in Plaza Mahkota before judging them. Or perhaps the quality of their mille crepe has deteriorated after the departure of their Chef, Amos. Read The Downfall of Nadeje Patisserie by JasonMumbles for more information.

The best mille crepe I tried so far in Malaysia is the one from Shangri-la Hotel, Kuala Lumpur. I’m not sure whether they serve it in one of the cafes in Shangri-la Hotel as I got the cake for free when I became a member of the Shangri-la Rewards Program. Their strawberry mille crepe was awesome!

Anyway, if you’re in Melaka and would like to try Mille crepe, the map to their outlets are below: 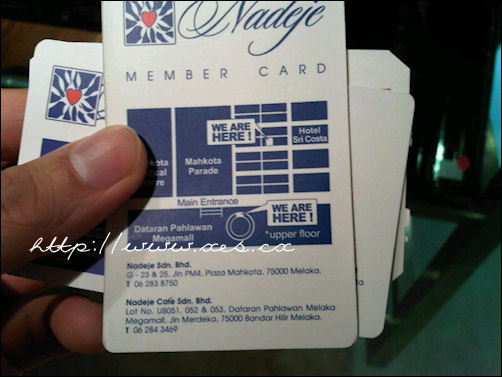 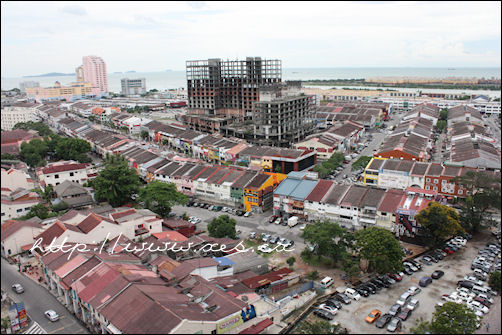 The first thing that came into my mind when I arrived Melaka was DJ Anatta’s gig back in 2006. She had a gig at Pure Club hence a few of us accompanied her there. 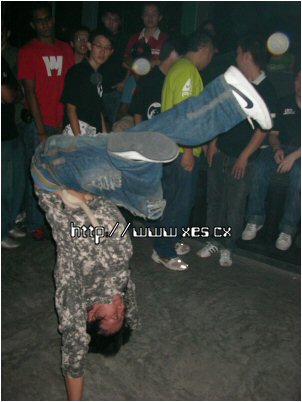 There we encountered some helicopter boys.

Anyway, my trip this time was to accompany A, who had to go there for work. We ate and ate and ate throughout the trip.

We started off with chicken rice balls, roasted chicken, barbecued pork and hot and spicy cabbage at Famosa Chicken Rice Balls. I wanted small portions for each dish but the waiter gave us too much -___- Our plan to leave some space for other food was interrupted. 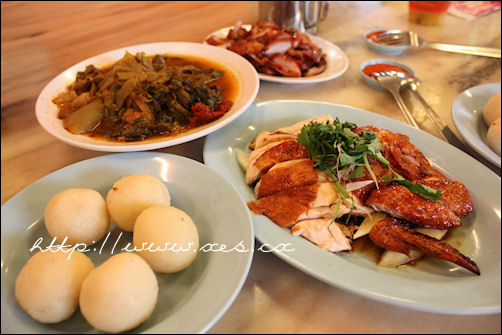 We didn’t go to Restoran Chung Wah for chicken rice balls because I like the dark sauce provided by Famosa. 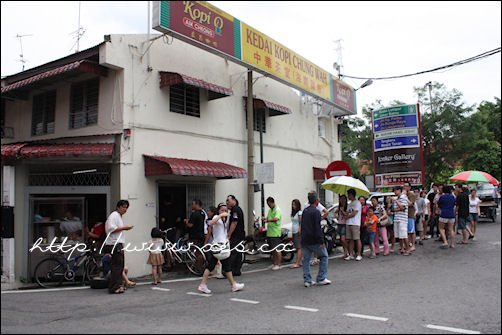 Anyway, the queue at Chung Wah was crazy!

I wonder what is so good about this place. I came here once and I find it so-so.

We decided to take a break from food and visited the Cheng Ho Museum. Entry was RM10 per person. 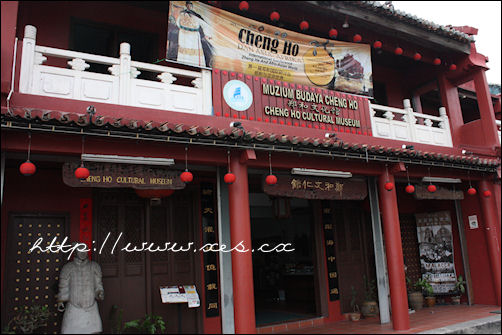 The museum provides a guided tour both in English and Chinese. The tour lasted around and hour.

If you didn’t know who is Cheng Ho, Cheng Ho is a famous Chinese official who had traveled all around the world in the 1400s. Author of the book “1421 – The Year China discovered America“, Gavin Menzies, claimed that Cheng Ho found America before Christopher Columbus.

Notwithstanding that Cheng Ho was a eunuch, some of his descendants can be traced until today. Apparently, most of them live in Thailand and their pictures are shown in the museum. 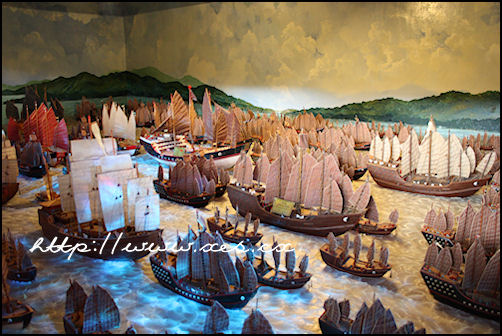 Our tour guide also gave us a brief explanation on how forced castration was done on eunuch in China. According to him, a boy’s penis together with his balls will be carved out and covered for 3 days. If he is able to pass water on the 3rd day, he will be able to survive. uuuhh.. 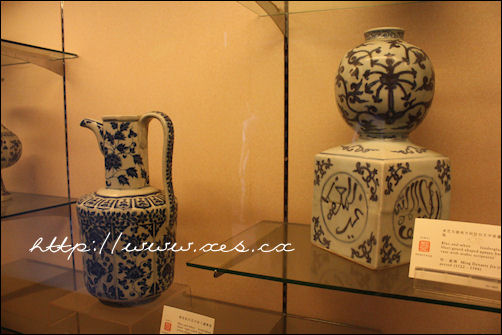 Plenty of porcelain in this museum. Many of them donated or loaned by locals.

Overall, I think the artifacts and presentation of this place is rather mediocre. I don’t understand why Malaysia museums like to use mannequins. I don’t remember seeing any in the British Museum in London or Mets in NYC. Some local politician got contract to provide mannequins is it?

After our museum tour, we walked to Jonker 88 for our favourite cendol. 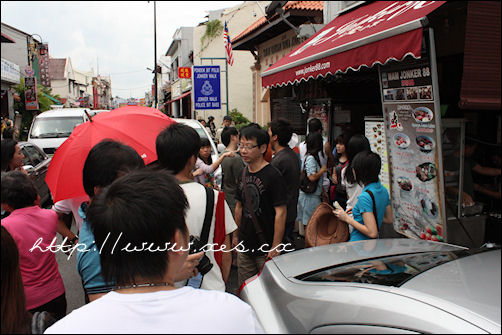 However, the queue was bloody long and we decided to forget Jonker 88. As we were about to enter the shop next to Jonker 88, our friend Frederick waved at us.

He was in front of the line and he offered to buy us cendol! Woohooo. 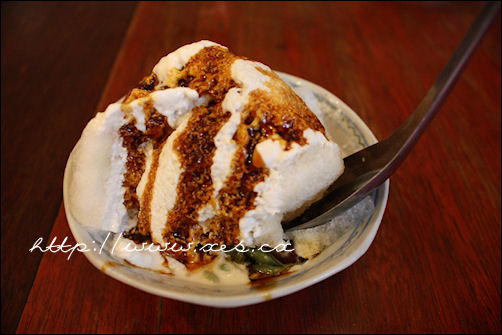 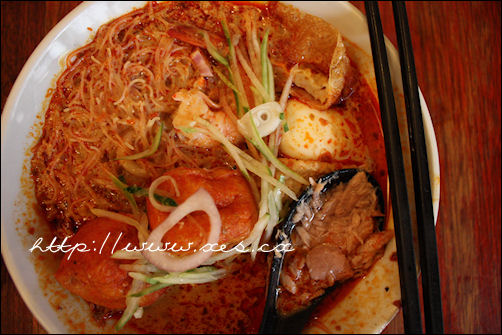 He even gave us a bowl of curry laksa cause he over ordered. -_____- I was soooooooooo fulll!

Before my trip to Melaka, my colleague recommended me to try the Mille Crepe in Nadeje Cafe. Apparently, it is better than Food Foundry hence I was determined to try it before I head back to KL. 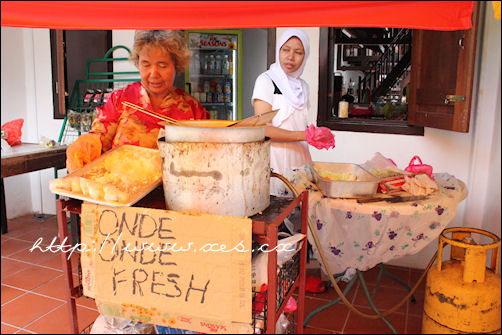