Lil Nom Nom is a kitten which we adopted few months ago. When we first found her, she was barely a month old. We found her in one of the empty rooms in my house – abandoned by her mother. She was barely alive and her eyes had traces of harden discharge. We had to bottle feed her for 3 months until she started eating recently. 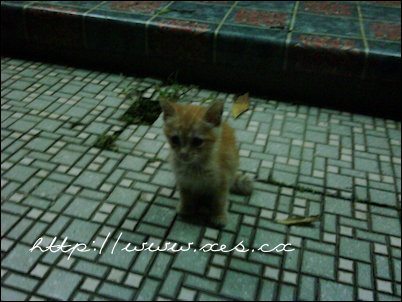 We kept her in one of our empty rooms to avoid her being attacked by other animals. Since then, the only contact she has was with my mum and I.

Since she started eating, she has grown into a fat bitch. Nevertheless, she’s always been mild mannered. 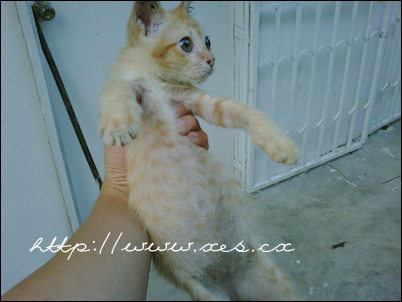 Last week, after bathing her, I let her roam around the house while I do some gardening.

I went to check on Lil Nom Nom after a while. A stray cat was with Lil Nom Nom. I’ve seen the stray cat around so I thought it would be nice for Lil Nom Nom to make some friends.

After that, it was the weirdest shit I’ve ever seen. Just as the stray puts his head next to Lil Nom Nom’s ear, Lil Nom Nom shrieked loudly, jumped up, somersaulted 2 rounds before falling into a small drain. While she was doing that, she was spewing urine and shit all over the stray cat.

It was as if the stray cat whispered, ‘I’m gonna killl u tonighhttttt’.

Immediately after seeing Lil Nom Nom’s reaction, the stray cat ran away. Lil Nom Nom was still shrieking and shaking in the drain. She was hysteric!

It was like the ladies in the ‘missed airflight’ and ‘I want to eat sharkfin video’.

I tried to calm her down by rubbing her stomach – which she likes. However, I did it with a stick as she was swinging her claws around.

It didn’t help -_- she was still hysteric. Even the neighbour’s dog came to check.

My Mum came to check out the commotion and tried to soothe Lil Nom Nom. It didn’t work hence we decided to put her into the empty room. We left her there alone to calm herself. 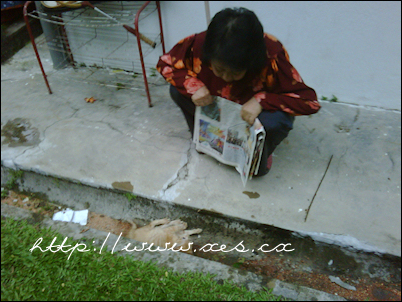 Only after the next day, she was back to normal. We thought the best way to overcome such problem is to let Lil Nom Nom mix around more.

The week thereafter we let Lil Nom Nom out again. She met another cat and went crazy again! -_-