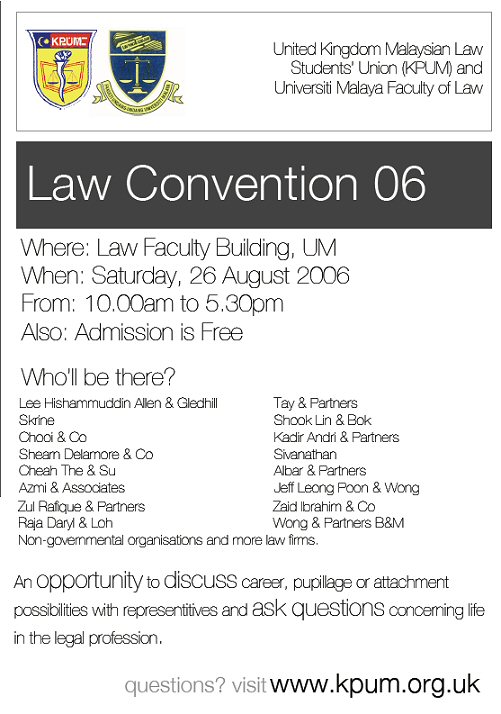 The World Cyber Games (WCG) is the largest gaming festival in the world with up to 70 participating countries, 800 grand final participants and 1.2 million worldwide participants. In2 MARKETING & CONSULTING SDN BHD has been appointed as the Strategic Partner for World Cyber Games 2006 Malaysia Championship ever since year 2001 till now.
The WCG has opened the millennium with a vision of becoming a global e-sport cultural festival of unmatched worldwide scope. The first WCG was successfully held in 2001, attracted a total of seventeen thousand (17,000) contestants from thirty-six (36) nations attended the finals in Korea.
With the continuous strong support and encouragement from the Minister of Youth and Sports Malaysia, sponsors and the ICT industry players and most importantly the successful records from the past few years, WCG once again is raising its curtain.
For the WCG 2006 Grand Finals, we will be visiting Monza, Italy in October, best known for its Grand Prix motor racing circuit, the Autodromo Nazionale Monza.
More info @ http://my.worldcybergames.com/
P/S MELBOURNE SHUFFLERS WILL BE PERFORMING on Friday (12PM & 7PM) Saturday (12PM & 6PM)
Also, in conjunction with the Malaysia’s Independance day, the following events will be held
Merdeka Countdown @ Miri. 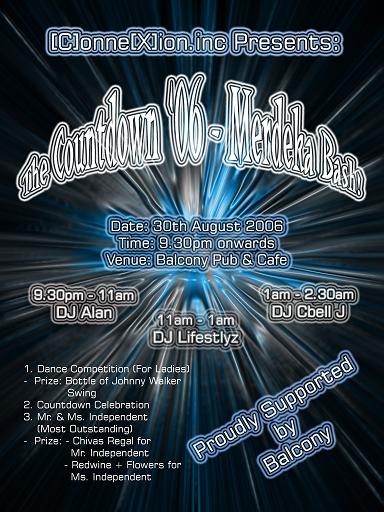 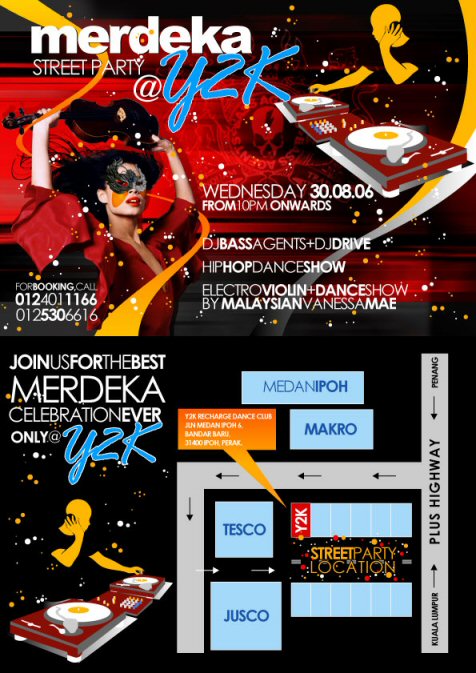