Last year, it was at Bukit Jalil. 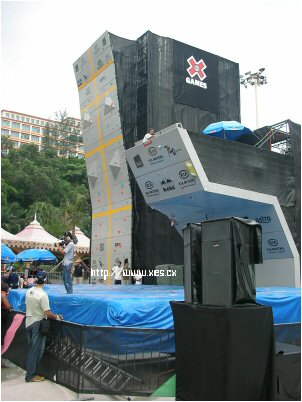 It was the Asian Xgames which interests me into rock climbing.
So this year round, it’s held at Sunway Lagoon, a popular theme park in the Klang Valley. The place is humongous and as such, I had to take a long walk to get there. Admission is free but you need to get a ticket first. Digi customers can obtain a ticket at the counter for free.
Other than an international rock climbing competition, it also has inline skating exhibitions and also motorcycle daredevil show.

I arrived there late in the afternoon and the men’s final bouldering competition has already ended. What a waste. It would be interesting to see what mad routes they had set for them today.
However, by the time I arrived, the women’s bouldering competition has just started. They had contestants from Singapore, Japan, Australia, Philippines and even China. They were all given sleeveless shirt to wear. One of the contestants did not shave her armpit. UHH! 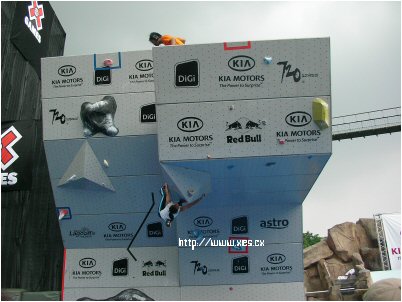 They had 2 routes to climb. The contestants were given 2 minutes to complete the route with unlimited attempts. The first one was so tough that none of them finished except for Tomo from Japan who fell on the last handhold. 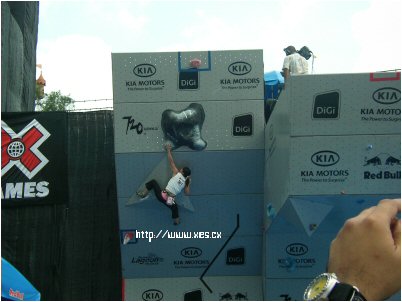 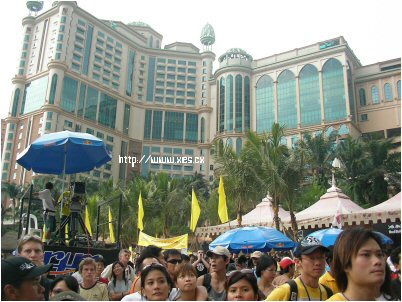 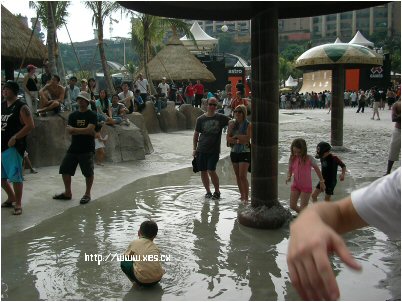 The 2nd route was cancelled halfway after it rained heavily. Amos and gang, who volunteered to help out with the event, had to clean up and drain the mattress plus the wall. 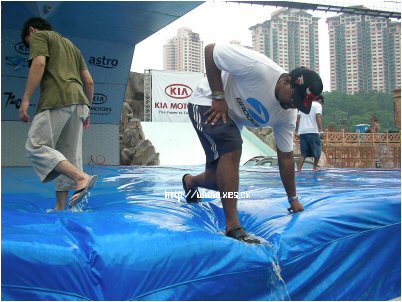 However, the officials decided to cancel the 2nd route and based the winners on their performance in the first route. As such, Tomo from Japan was declared the champion, Beatrice from Singapore was second and third..er. I can’t remember. 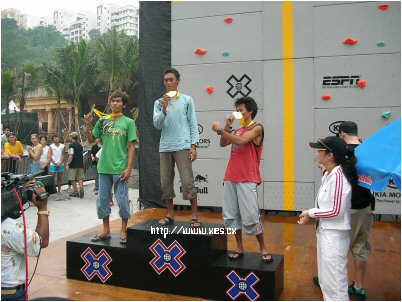 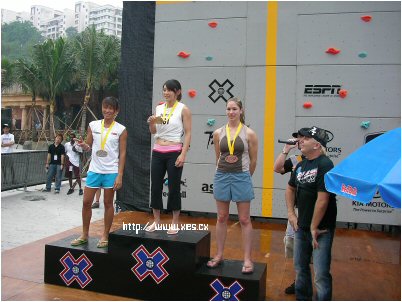 Due to the heavy rain, other xgames events were either put into a halt or cancelled. The Xgames continues until Sunday, 14.5.2006.