Just like any other countries, Malaysia’s legal system does provide legal aid services. Other than lying on our free time, lawyers do give pro-bono advice and also represent clients at court for free.

Legal aid ranges from prison visits to syariah law advice. The legal aid centre in Kuala Lumpur is mainly fueled by Chambering Students as chambering students have to perform legal aid services for couple of times before being called to the Bar. 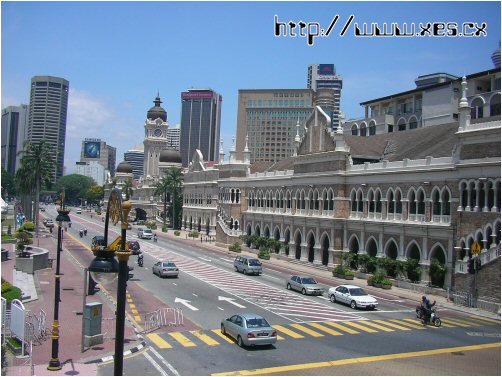 I was fortunate enough to be picked for the Dock Brief program, a program where we get to represent unrepresented criminals in criminal courts. Some criminals could not afford lawyers hence they have no where to turn to and no idea what to do in Court. Hence with the legal aid program, they will be guided accordingly before they go to hell for their sins.

Today was my first training day. It was fun running around courts interviewing criminals and meeting all sorts of people. I was given the opportunity to interview 2 criminals, one of them charged pimping and another with drug abuse.

Seeing those bald headed men in the cell makes you feel pity for them despite the fact they have committed crimes that you wish you could personally punish them. Those unfortunate ones who didn’t get bailed would have to stay in the prison until their next hearing date. I heard there was a case where the mother of an accused did not want the son the plead guilty but does not have the money to bail him. She claimed that her son is innocent and doesn’t want a criminal record to be entered in her son’s name. However, the accused has been in jail since last year. If he had pleaded guilty on day one. He would be out by today or in few weeks time. Unfortunately, he pleaded not guilty and had to stay in jail till his next hearing.

I had an interesting moment with one of the people that I interviewed,
“Hi, I’m Foong. I’m from the legal aid centre. Are you pleading guilty? If so, do you want you to represent you in court for free?”

Accused: I’ll plead guilty if you call my wife that I’m here.

Since I was told that I’m not supposed to do that, I turned the accused’s request down. In a sad tone, he requested us to proceed with the interview. The whole purpose of the interview is to extract information which will mitigate his sentence. It seems that the accused was a learned person who was unfortunate to be caught with drugs.

But of course, lawyers are humans too. Seeing all those unfortunate souls makes you feel pity for them. After we finish interviewing all the criminals, we chilled while waiting for the judge to come. I felt bad for rejecting his request hence I offered to call his wife for him. His wife doesn’t know that he’s changing prisons hence it is essential to inform her (but I’m sure she will be informed by prison officers after the sentencing). I did inform his wife with a PUBLIC PHONE. Rule No. 1 never give your contact to any criminals or their family members.

He got a 7 months sentence for drug possession.

One of the most important mitigating factors is his previous convictions. If he is a first time offender, he may get away with a light sentence or even a bond of good behavior or binding over i.e. no imprisonment. However, sometimes the accused would lie about their previous offences. I caught one trying to lie..

Me: Do you have previous offences? Which also includes other offences than you are now charged?
Accused: (Looks sideway) No.
Me: Don’t lie to me, there’s no point lying to me cause the prosecuting officer has a list of your previous offences.
Accused: (nods his head) Yes… I was under remand once few years back.. (and went on..)

Not only lawyers lie you see.