Since the organizers were afraid that too many people will turn up which would lead to the place being shut down by the police, the organizers decided to move it to a day earlier. Secretly of course. However, despite the secrecy, the turnout was huge!
The place was powered with a hi-fi, 2 speakers, AMP, Ipod and also a CD player! It got loads of people on the dance floor!
Since the venue was an open space park, we were pretty worried that the cops might raid the place. Whenever the music stops, usually when someone wants to change the track, everyone would think that the place has been raided.
The qualities of Malaysian shufflers were good. According to Hayden, it’s as good as those back in Melbourne!
The event ended about 12AM, loads of people headed for 2nd round. I on the other hand headed home to sleep. Working life is sucking all my energy…
Overall the event was awesome. Good crowd, good music, free drinks (due to potluck) and open air!! Hope another would come soon! 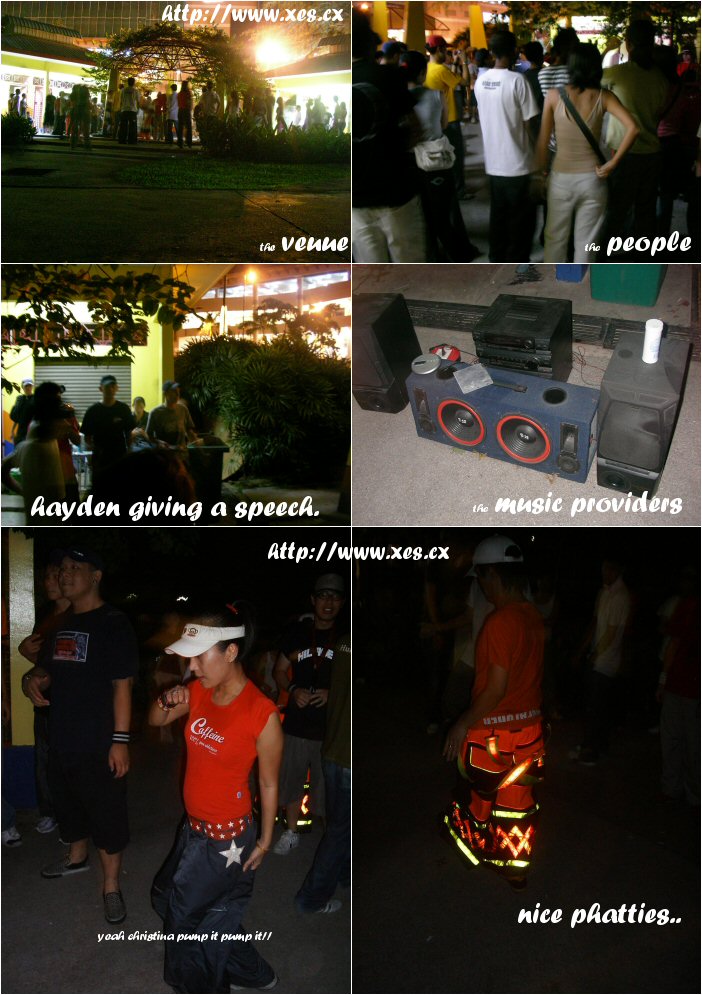 If anyone has any videos to share, I’ll be glad to host it!
videos.
http://www.xes.cx/download/parkshuffle-xes.cx-1.zip
http://www.xes.cx/download/parkshuffle-xes.cx-2.zip
Not very good videos but just to show everyone how Park Shuffle was like.
Update: Credits to electronicfly and Mike-Shuffler
http://s10.yousendit.com/d.aspx?id=3PXDU2LARZSA508WVLZVSN674C