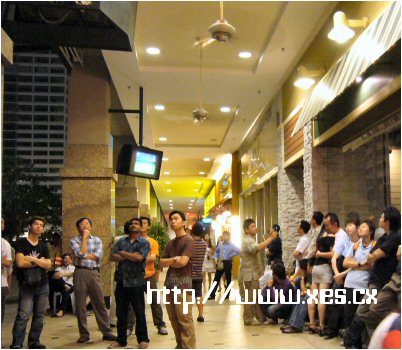 When the world cup starts, the world stops – took this picture while having dinner at a shopping centre. These people were standing by the side of a sidewalk watching the game.
Others..