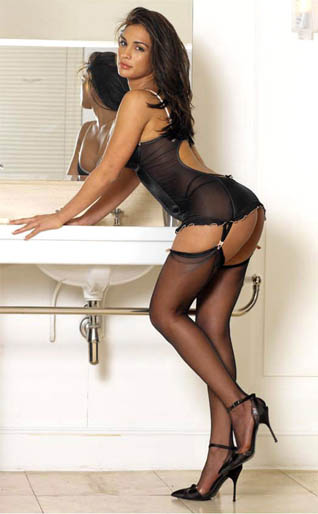 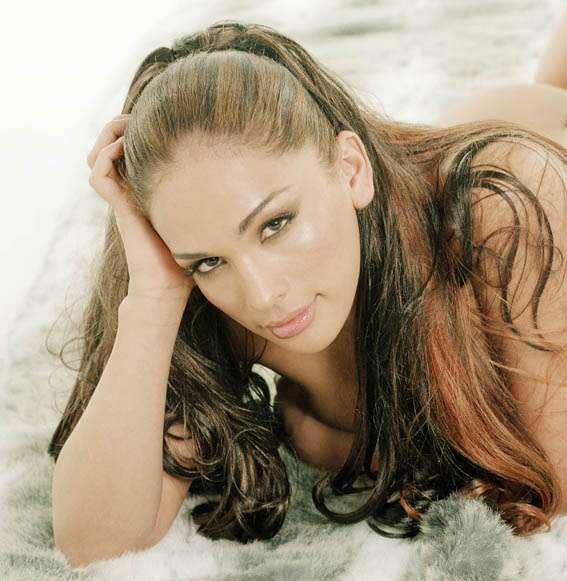 Ladies and Gentlemen, I present you..

Something about Miriam ended on Sunday (shown on British TV). It showed six men competing for the affections of Miriam, who they thought was a women.

The pre-op transsexual wooed by six unsuspecting men in a controversial reality dating show is rejected by the winner in the final show tonight.

There’s Something About Miriam, broadcast on Sky One, showed six men competing for the affections of Miriam, who they thought was a women.

But the Mexican 22-year-old was born a man and, when her secret was revealed, she was called untrustworthy and deceitful by the winner, lifeguard Tom.

He initially agreed to go on the cruise, despite being mocked by the other contestants.

But he later changed his mind, saying: “I wouldn’t want to spend a week on a boat with someone I couldn’t trust, someone who’s deceived me and everybody else.”

In the final show tonight, to be broadcast at 9pm, viewers see Miriam choosing Tom over martial arts instructor Scott as the winner of £10,000 and a week together on a luxury cruise.

Scott said before being told “I do like surprises”, and added: “I’ve met someone that I do really like. I feel more for her every time I see her. I would love to spend the week with her”.

But after she was revealed as a pre-operative transsexual, he said: “Now I don’t respect her one bit.”

Earlier in the show, viewers had seen both Tom and Scott penning love poetry to the model in their attempts to court her.

A show spokesman described the declaration as “difficult” for Miriam, who had formed close bonds with the contestants, all of whom were stunned by the news.

She said she had enjoyed Tom’s company: “

He always makes me happy, this has been a whole new experience for me. I’ve had such a great time and I would never forget this moment.”

The broadcasting of the show had initially been delayed after the six contestants threatened legal action.

They received payouts after deciding to take their case to the High Court in an attempt to ban Sky from screening the show after they only learned at the end that Miriam was not a woman.

The men received an undisclosed sum last month to drop their threat of court action.

Sky also apologised for “any upset caused” to the contestants, who made a number of allegations against Sky One and production company Brighter Pictures, including conspiracy to sexual assault, defamation, personal injury and breach of contract.

In return, Sky, which had shelved There’s Something About Miriam, pending possible legal action, was able to transmit the controversial reality show.

The show was actually done many months ago but was halted due to threat of legal law suits by the contestants. However, the men were paid a substantial amount to compansate them..

The six straight men who sued to prevent the broadcast of an UK reality show in which, unbeknownst to them, they competed for the affection of a preoperative Mexican transsexual quickly got over their claims of injury and public humiliation in return for a cash payment, clearing the way for the program to debut on UK television last evening.

The undisclosed settlement — which various reports pegged at anywhere between $150,000 and $250,000 a man — followed November 2003’s lawsuit over the previously scheduled broadcast of the series. which had been filmed earlier in the year in Ibiza.

At the end of the show, when the program had its “grand reveal” and the men found out that the “gorgeous creature” Miriam wasn’t a gorgeous female, they went bonkers. One of the men, a Royal Marine, supposedly broke down crying from the “humiliation” when the deception was revealed … and, according to reports, some of the production crew sympathized with the men’s reaction and turned on Endemol and British network BSkyB, a sister network to Fox in the U.S., which was planning to air the show.

Excerpt from the last episode where Miriam tells the contestants that she is a man.

26 thoughts on “There’s something about Miriam”