www.Xes.cx would like to send our deepest condolence to the family of Darren Kang Ten Hua, a Sheffield University law student who was killed at Desa Seri Hartamas on 3.30am, Tuesday morning (06/07/2004).

Darren and his 24 years old fiancee and his two friends were heading towards Uncle Don’s Restaurant for supper after they had some drinks in a pub opposite the restaurant. As Kang and his friends were about to be seated outside the restaurant, group of eight youths believed to be in their 20s seated in the next table, passed some rude remarks about his girlfriend’s blouse.

However, his fiance told the Guan Ming Daily that “When we were walking to the restaurant, Darren was walking behind me. I told him to hurry up but he wanted me to say “I love you” before he would oblige. Hence, I Did. However, after that a few guys started to give us queer stares. Darren was angered by this and he confronted them. At least 15-16 guys are starting him with bare hand. Although Darren was on the ground then, they did not stop attacking him. I tried to help him but I was stopped by a passer-by. While I was trying to call for help on my mobile phone, I heard one assailant shouted “kill him”. Then one of the assailants reached for a steel bar from the bush and hit Darren on the head. ”

Darren was later sent to University Malaya Hospital for medical treatment but it was too late. 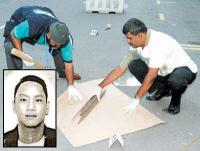 The crime scene and photo of the deceased

The police had rounded up 20 suspects

The deceased fiance and family at the crime scene

The deceased sister and his fiance

*These photos are taken from Guang Ming Daily * 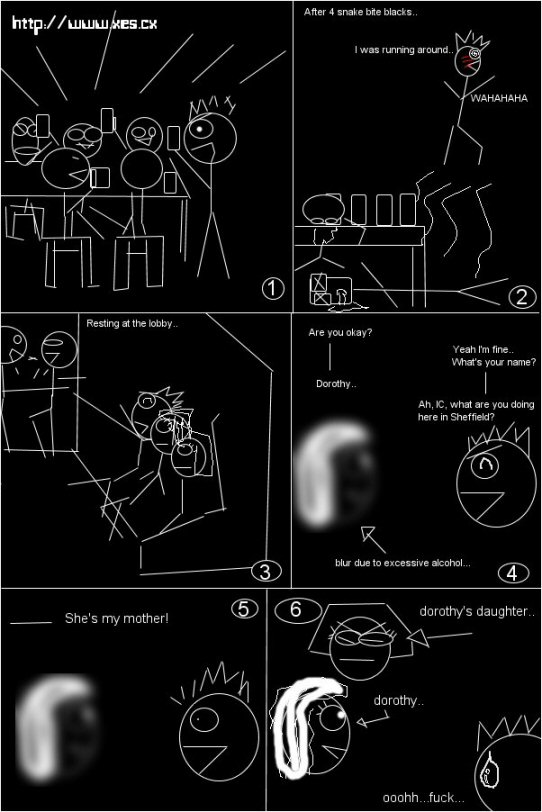 To those who didn’t know, I graduated from Sheffield University.

Sheffield is a beautiful place. So beautiful till every scenery looks like a photo opportunity

It was a bright and sunny day, so I decided to snap some pictures. Here are the photos: 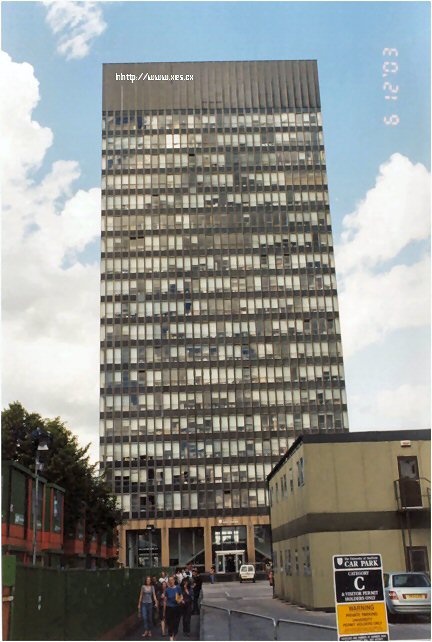 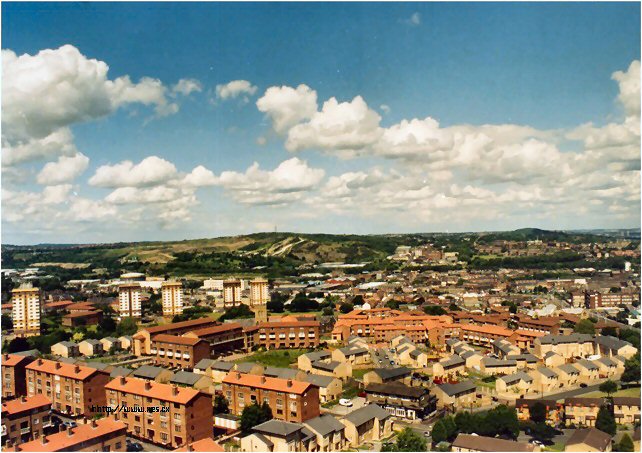 An aerial view of Sheffield from Arts Tower 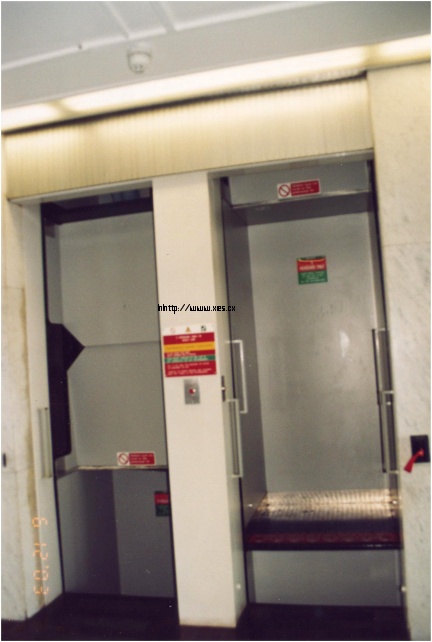 Paternoster lift – An elevator constructed of a series of doorless compartments hung on chains that move slowly and continuously, allowing passengers to step on and off at will. 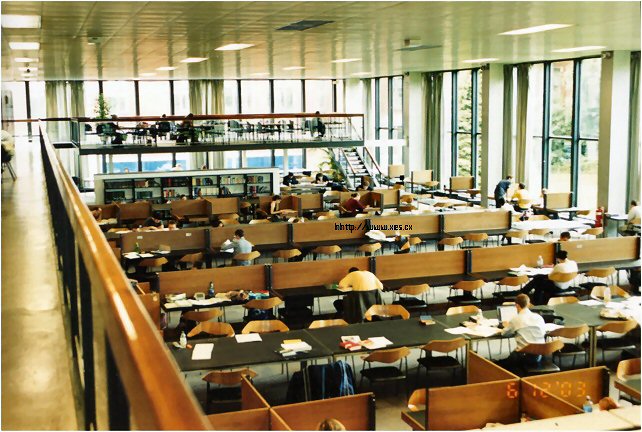 Despite its beauty, Sheffield is a boring place. You can actually die of boredom there. If you send someone to live there alone, he will start talking to himself and see weird shit. Well, if you had the right friends who shares the same enthusiasm with you, it would be a great place. But for me, not in front of the computer playing computer games or in front of the television playing PS2!! 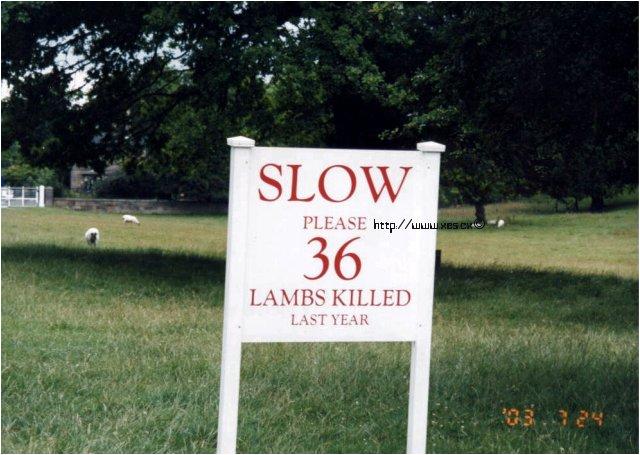 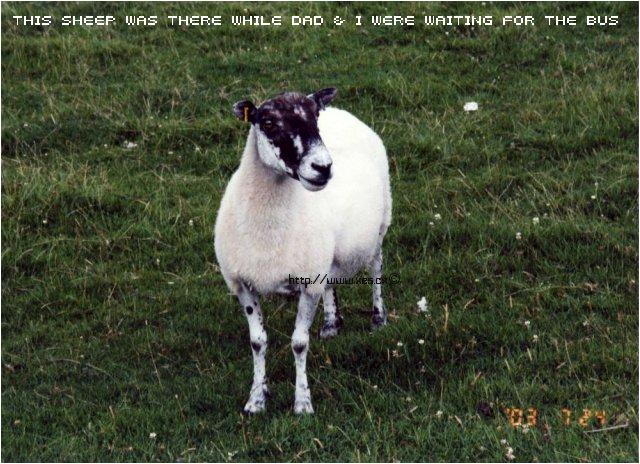 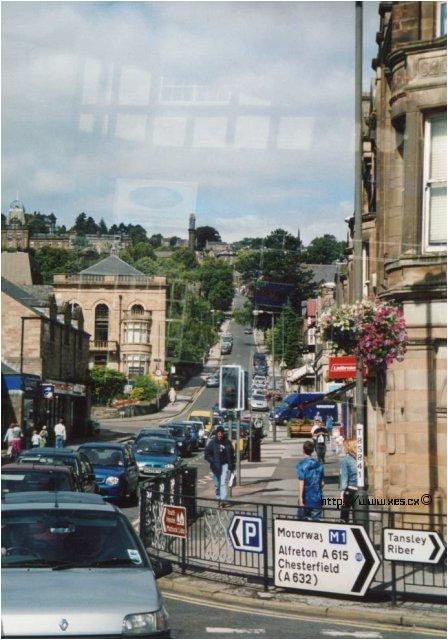 Peak District is another national park not far away from Sheffield. Its watery and mountainous terrain attracts millions of tourist a year. Dad wanted to see Chatsworth, an English mansion owned by the Duke Of Devonshire. Surrounding it is, a beautiful garden and park that stretches 105 acres.

As we arrive as Grindleford (the nearest train station from Chatsworth), we were greeted with green mountainous scenery. However, there was no ticket station or what so ever building around the train station. All we could see is a coffee shop 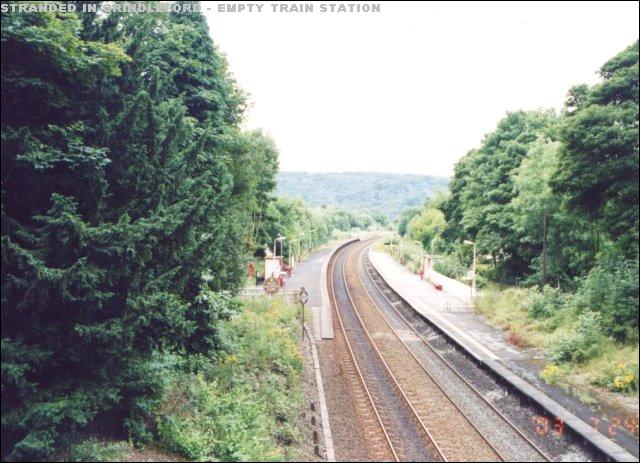 Me: Hi, Is there a bus station nearby?
Lady: I?m afraid not. You might need to walk down to the village.
(Lady walks off)

Oh no, I’m stranded in Grindleford. Chatsworth house is apparently not within walking distance and the nearest village is pretty far. I immediately bought a tourist guidebook from the shop.

Eum, I’m heading down to Chatsworth. How do I get there?

(Lady asks his friend but the friend doesn?t know how to get there via public transport)

She then asked a couple who got into the counter to order food.
Lady: These two gentlemen seem lost. They’re heading to Chatsworth. Do you know how to get there?
One of the couple: No, but we can give a lift.

Our face lit up in delight. The lady kept on repeating, “You’re lucky!” to us. No doubt we were lucky.

However, the couple just arrived and had to eat breakfast first. Together with them, 2 children and 2 dogs. Apparently, they were walking the dogs in the woods. While waiting for them, Dad and I enjoyed a cup a coffee. 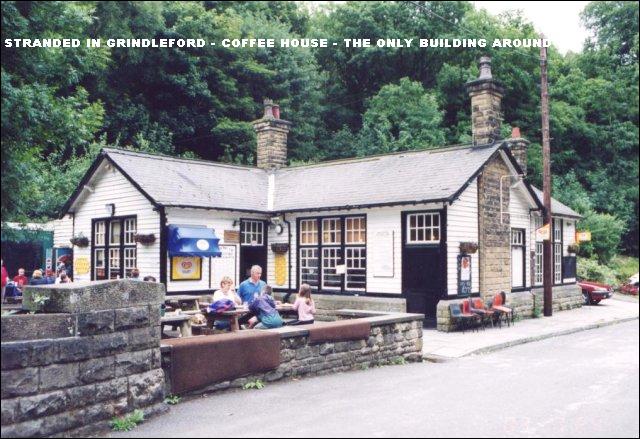 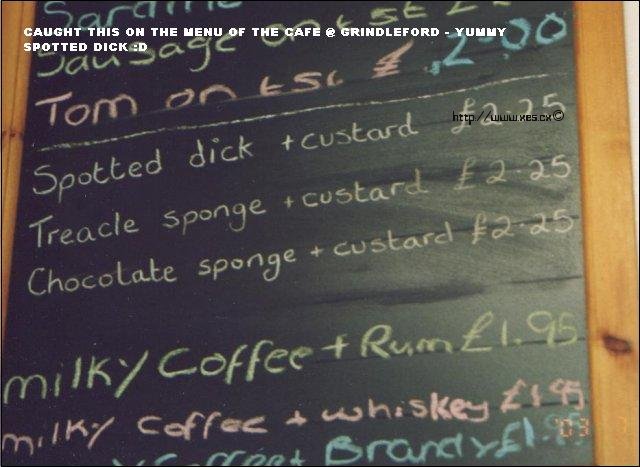 Once they were done, we headed straight into the woods. The couple parked their car on the main road and we had to go through a forest (with pathway of course) to their car. After 10 minutes, we got into the car and reached Chatsworth in no time. We thanked the couple profusely. 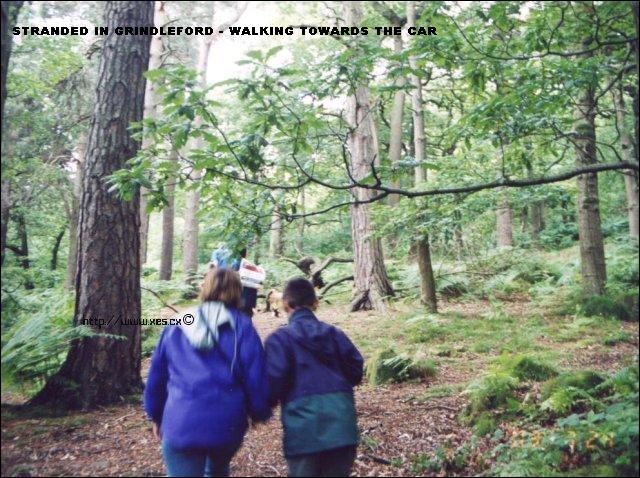 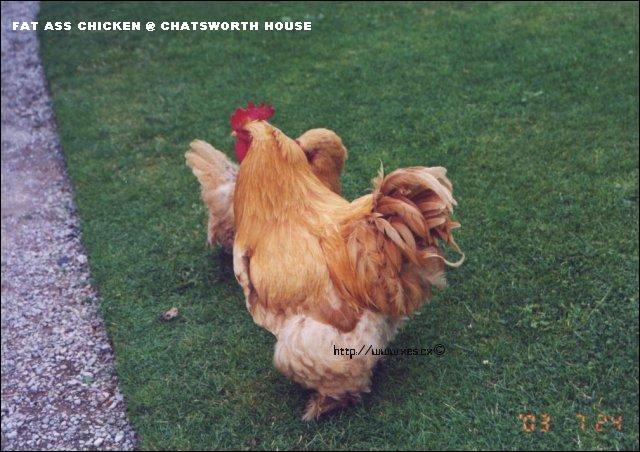 The rest of the garden was decorated with bushes, flowers, rocks, mazes and a cascading waterfall. There was a huge man made lake with a fountain called Emperor’s lake. Apparently, a huge lake far away from the man made lake provides the lake’s water. The rest of the garden was very nice. It has few greenhouses to plant fruits such as grape and flowers. 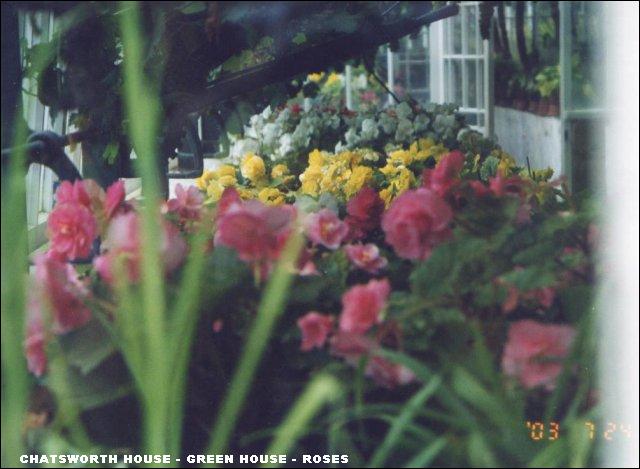 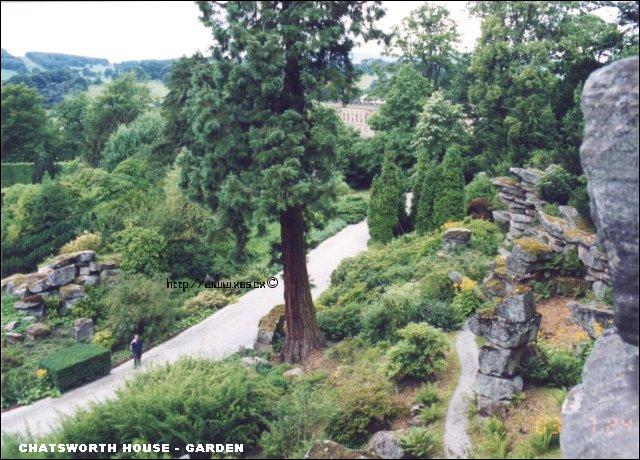 However, we didn’t go far. Dad was tired from walking.

Dad was more interested in the house, as grand royal things interests him. The house has tons of Chinese porcelains, biblical painting, Roman statutes and even books. 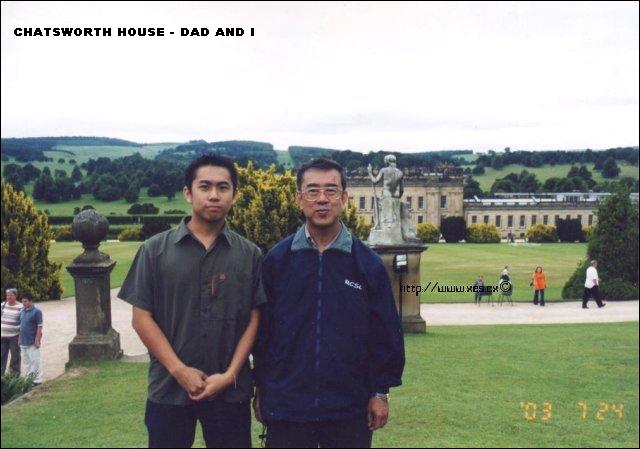 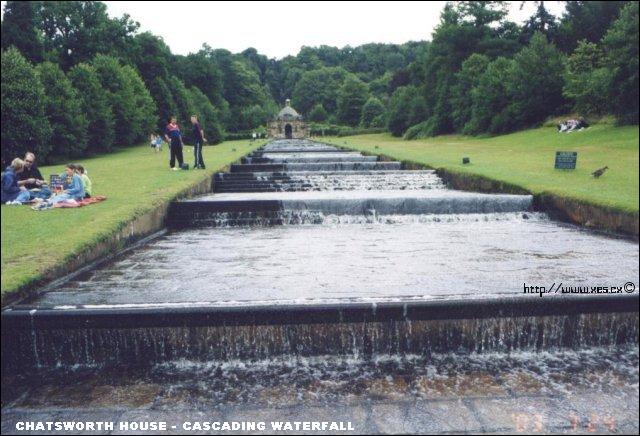 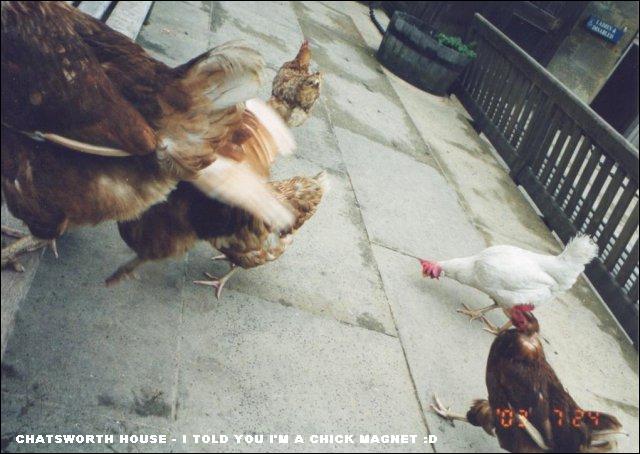 Porcelain fanatic.
After pointing some China to Dad, a lady approached us and offered us a book. It’s a list of description of the China we saw. Dad rejected it by saying, he’s just telling his son about the history of China (porcelains). Then both of them started discussing about the history and process of China. Dad used to collect antique China when he in Sabah (a state in Malaysia). He got it from the natives who lived deep in the jungle. Apparently they got the China from Chinese merchants long, long time ago. The natives didn’t have plates and utensils that time and the Chinese merchants wanted exotic materials such as birds’ nest fro the natives. Hence, they traded.
Lady: You are brilliant (Lady points finger at dad)
Dad: huh? Me? No? (Lady interrupts)
Lady: I mean the Chinese were brilliant. You invented porcelain hundred and hundreds of year ago before the Europeans. (She refers Chinese as you). I mean hundreds and hundreds of years ago!

She seems damn fascinated with the Chinese culture.

Dad was very happy with the tour. 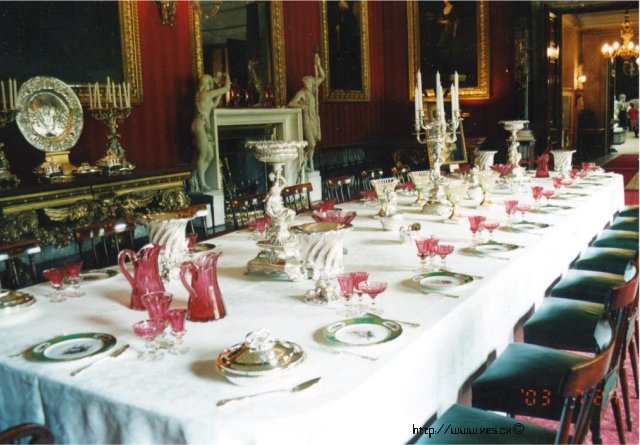 Updated wendee’s info page! Click on her nick below 😀

Here are some photos of Sheffield. I just got them developed yesterday 😀 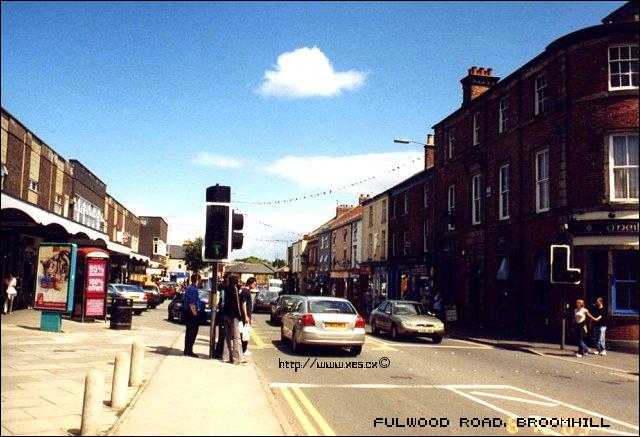 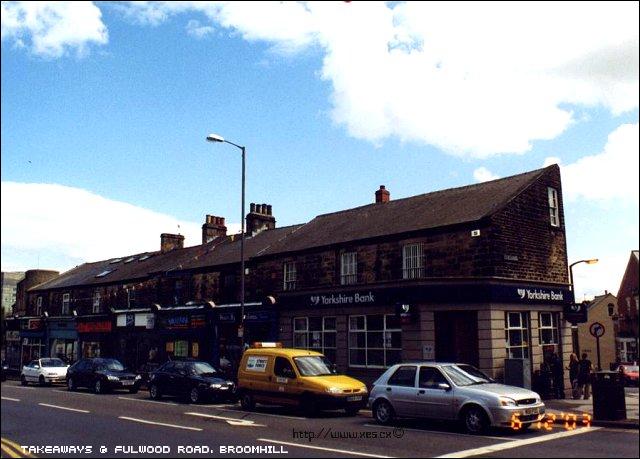 The place where we usually buy our takeaways 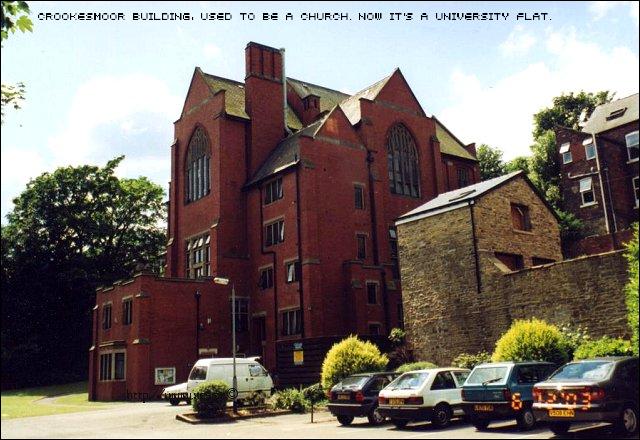 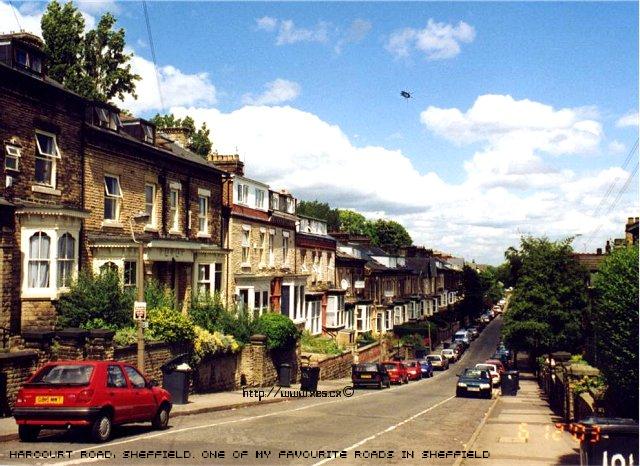 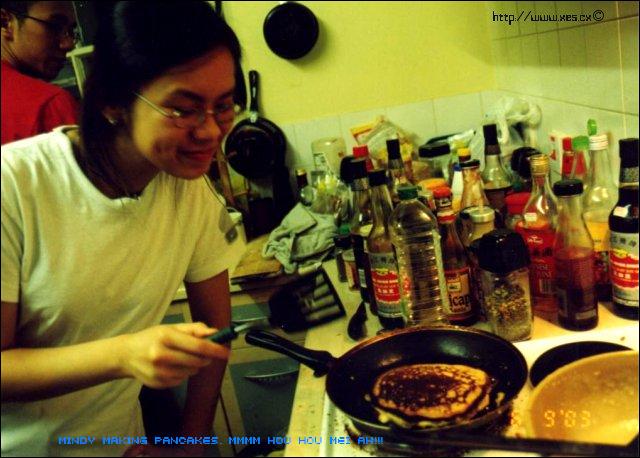 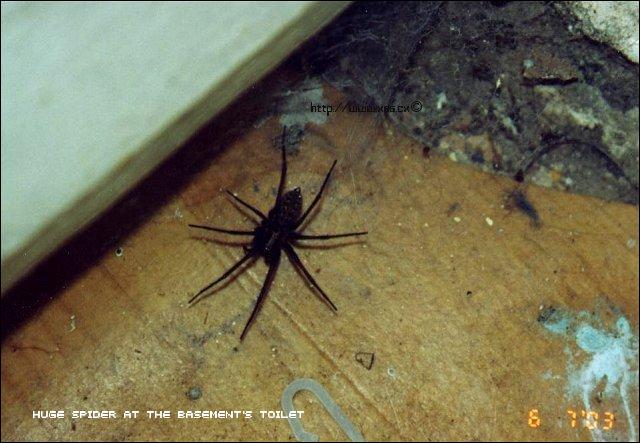