I tell you, I meet all sorts of weird people at all sorts of weird places. This morning, I met one stranger sitting at my porch. He’s a Chinese man around his late 30s, tall with acne scars all over his face. He had 2 bags on the floor. Both opened, one containing his clothes.
It was around 7AM and it was raining heavily.
(Conversation in Chinese, translated)
Me: Who are you looking for?
Man: I’m waiting for my father to fetch me.
Me: Who gave you permission to come to my house???
Man: I saw the gate was wide open so I came in lor.
Me: If it’s open doesn’t mean you can come in!!
Man: It’s raining..
Me: Pack your bags now and leave!!
He then changed his story.
Man: I’m looking for someone, but I don’t know which house.
Suddenly, he puts some sort of metal rings on the table and adjusts the metal rings on his fingers. The metal rings had some sort of dragon characters engraved on them.
I took out my house and car keys, held it on my hands and formed a fist with one key protruding out from each of my fists. I was ready to fight.
Me: If this were your house, do you think you’d want some stranger coming to your house without permission?
Man: …
Me: I don’t have any umbrellas for you, but here’s a newspaper for you to cover yourself.
The man started packing one of his bags but left one on the floor. 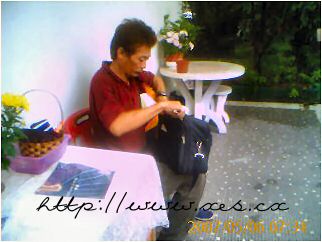 I took a picture of him. heh.
Me: OI, take your bag AWAY!
Man: Can I come back later to take it?
Me: >:-O ! I’M GOING TO LOCK THE DOOR GET IT OUT!!
He then walked out from the house, in the rain, with his bags. After he left, I realised that he forgot to take his water bottle.
I threw it out from the house on the roadside.
I don’t know whether he has mental problem or genuinely seeking shelter. If he had asked me nicely for shelter, no doubt I will grant him shelter.
Weird people, they are everywhere.

My friends have been telling me that Fitness First is giving out free Spiderman tickets for those who entered this challenge. The rules were pretty simple, complete the route within 20 seconds.
Last Saturday was the last day for the public to join the challenge. Melvin forced me to go O_O Nevertheless, I want to win 2 Spiderman movie tickets.
The route was pretty simple, 5C. It’s like climbing a ladder. However, I was told that the handholds were pretty slippery. Fortunately, a friend was working there, he loaned me his chalk.

END_OF_DOCUMENT_TOKEN_TO_BE_REPLACED

IS IT FOR REAL??
I checked my chest and I don’t seem to have enough flesh to force a “revolutionary cleavage”!
;(
It doesn’t wobble that much either.

The Malaysian government recently set up a website whereby tax payers can pay their taxes online. In order to do so, one has to obtain an e-pin from the Inland Revenue Board (IRB). Unlike many of my friends, the IRB sent me the tax form with my name and particulars including my e-pin printed in it.
Since the hassle of obtaining the form and e-pin has been eased by IRB, I dragged my feet to do my taxes. All I need to do is login to http://www.hasil.org.my and fill up the forms.

END_OF_DOCUMENT_TOKEN_TO_BE_REPLACED 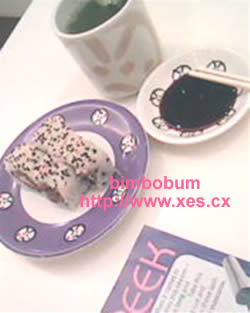 Some people simply CANNOT do things alone or on their own.
Some cannot eat on their own and MUST find a companion, even if it’s someone they don’t like or cannot stand.
Some cannot even go grocery shopping on their own, even if it’s a quick stop for toothpaste or toilet paper.
One friend can’t go jogging alone.
Or swim alone.
He’s a guy.
I go, “What’s wrong with you? Afraid you’d get mugged in the swimming pool? Geez!”
I know another guy who cannot eat alone in public places. o_O
I just bring along the newspaper or a magazine or a book to read while I eat. So I don’t have to feel “pathetically lonely”.
Hey, some people can even watch movies on their own!
Can you?